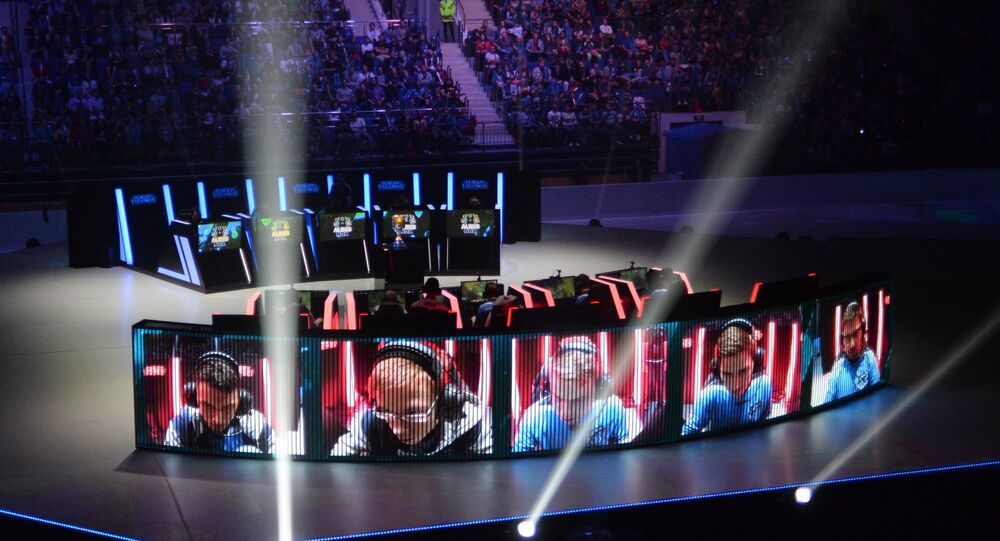 For the first time in history, competitive video gaming, also known as e-sports, will be included as an official medal event at the 2022 Asian Games. The Olympic Council of Asia announced the addition last week.

The announcement suggested that the aim of this is to reflect “the rapid development and popularity of this new form of sports participation.”

© AP Photo / Richard Drew
The Healing Power of Tetris: Classic Video Game May Treat Trauma and Addiction
The 2022 Asian Games will be held in the Chinese city of Hangzhou and are the second largest multi-sport event in the world after the Olympic Games.

However, before their debut in 2022, e-sports will show up at a smaller event in September for the 5th Asian Indoor and Martial Arts Games.

Radio Sputnik talked to Ceirnan “Excoundrel” Lowe of the British E-sports Association, a broadcaster with years of experience in the e-sports industry.

“It started in around the late 90’s, believe it or not. It started in Korea as most e-sports have, with a gruesome and original game called StarCraft. It was very popular and much centered in the South Korean region but over the last five to seven years, it has definitely exploded and gone global,” Lowe said.

He added that e-sports is like a large millennium movement, which has been growing 25% per year in terms of revenue.

Talking about what people are playing competitively, Lowe said that there are countless of games.

“The most popular are Counter Strike-Global Offensive, Doctor 2; the biggest game in the world right now is League of Legends. There is also Star Craft 2 still floating around. There are now mobile games coming to e-sports as well, which is a whole new industry in itself,” the broadcaster said.

© AP Photo / John Shearer
Game On: Study Reveals Video Games Can Help Treat Depression
He further explained how the games are played, the way teams are made and how e-sports isn’t very different from regular games that involve competition and team work.

“In football you score goals; in League of Legends you destroy enemy bases, so it’s the same thing. E-sports is very much like what you would expect. People sit down at their computers; they join their team in this virtual arena and they fight each other until they have scored their win,” Lowe said.

Looking at where the money for the e-sports industry comes from, considering that it is a trillion dollar industry, the broadcaster said that it comes from traditional sports arenas, sponsorships, merchandise, etc.

Video gaming is set to feature as a medal event at the 2022 Asian Games and according to Lowe “It is a big step towards legitimizing the industry as a whole. There is Korea and there is a huge Chinese market for it, so this is definitely the most sensible place to trial this,” the broadcaster said.