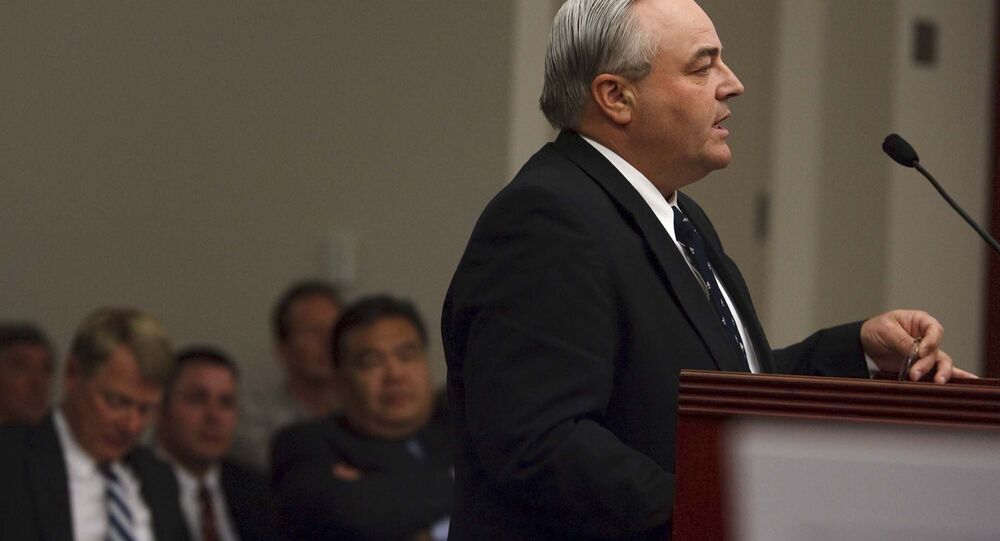 After 27 Years of Trying, Canada Finally Puts Polygamist With 24 Wives on Trial

After more than a quarter century of legal wrangling, Canadian prosecutors are set to begin the trial of Winston Blackmore, the leader of a breakaway Mormon denomination who admits to having 146 children with his more than two dozen wives.

Blackmore was first investigated in 1990 when allegations of polygamous marriages in the isolated religious community surfaced. A lack of clarity in Canada's polygamy laws protected Blackmore from prosecution following a 2009 arrest, but in 2011, the province of British Columbia's Supreme Court ruled that laws against polygamous relationships were constitutional and did not violate freedoms of religion.

The British Columbian government has reopened the case against Blackmore and fellow leader of the splinter group James Oler, and dismissed measures to appeal the case on the grounds that Blackmore's past activities could not be made retroactively illegal following the 2011 clarification.

Last week, Blackmore's lawyer, Blair Suffredine, argued that the charges involved separate allegations and could cause prejudice in the trial, but crown prosecutor Peter Wilson argued that the trial relied on expert witnesses from the United States and it would be wasteful to have them show up for two separate trials.

British Columbian Supreme Court Justice Sheri Ann Donegan ruled in favor of the prosecution, and Blackmore and Oler will be tried together. Oler has no lawyer, but rather a court-appointed adviser.

Suffredine is neither arguing the validity of Canada's polygamy laws, nor his client's polygamist activities, but instead that Blackmore is entitled to an exemption from the law for religious reasons.

"The dilemma is this, put simply: If you went out and slept with 20 women and made kids with each one of them, but then ran away and didn't pay for them, you would not have committed any crime,'' said Suffredine to the Canadian Broadcasting Corporation (CBC).

"But if you go through a ceremony where you promise to live with her or look after her and the children all your life, now you've committed a crime.''

Blackmore is the founder and leader of the Church of Jesus Christ (Original Doctrine) Inc., a Mormon fundamentalist sect sometimes called the Blackmore Group. The Mormon Church itself went through a schism in the late 1920s, when the main church ceased its practice of polygamy, leading to the creation of the Fundamentalist Church of Jesus Christ of Latter Day Saints (FLDS Church), which continues the practice.

© CC BY 2.0
Court Rules Once Again Polygamy is Illegal in Utah

In 2002, Blackmore was excommunicated from the FLDS Church by its then-president Warren Jeffs, who is currently serving life in prison for a two convictions of sexually assaulting a 12- and a 15-year-old girl. Following his excommunication, Blackmore led some 700 of his followers in the creation of the Blackmore Group.

In 2006, Canadian police accused Blackmore of having married nine underaged girls as young as 15 and recommended that criminal charges be brought against him. However, most of the young women in question testified that they were willing participants, even instigators, of sexual relations with the older man.

Migrants' Polygamy Not to Affect Chances of Asylum in Germany – Official