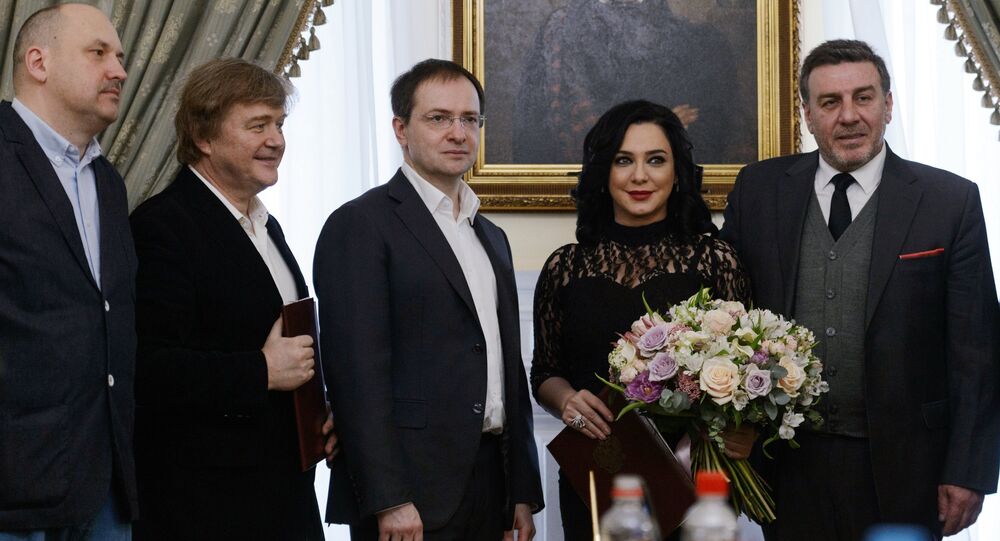 A Russian-Syrian movie called "Palmyra" about a Russian doctor searching for his runaway family in the ancient Syrian city may come to theaters in 2019, its general producer Andrey Sigle said Monday.

© Sputnik / Ministry of defence of the Russian Federation
Russia, Syria to Make First Joint Film 'Palmyra' - Russian Culture Ministry
MOSCOW (Sputnik) – The movie, which follows a doctor from Russia’s Muslim-majority region of Dagestan, is expected to go into production later this year and will be directed by Ivan Bolotnikov.

"The filming will take place in Syria to make the story as realistic as possible. The Syrian side has guaranteed our security. We plan to start filming this fall, and I hope it will be released in 2019," Sigle said.

The producer told reporters they had more than a million euros in funds and hoped to raise more. French, Italian and Macedonian companies are participating in the project.

An agreement on the movie's production was signed earlier in the day by Russia’s film distributor Proline Media and Syria’s Shaghaf in the presence of Russian Culture Minister Vladimir Medinsky.