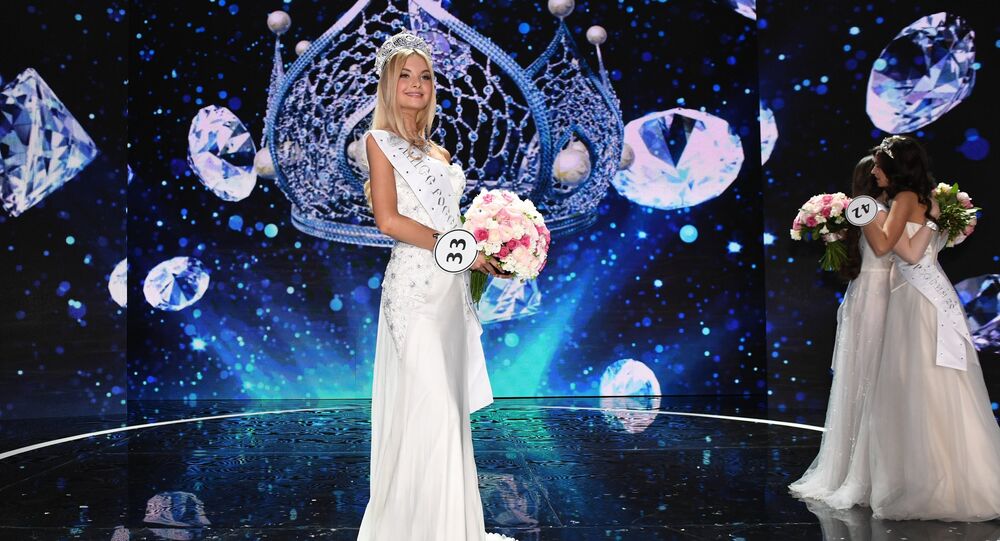 Model, Multi-Lingual and a Stunner: Who is ‘Miss Russia-2017’ (PHOTOS)

Russian beauty Polina Popova from the Sverdlovsk region was crowned as Miss Russia 2017. The 21-year-old won the chance to represent her country at Miss World and Miss Universe this year. Sputnik takes a look at this young and talented new Miss Russia.

Polina Popova was born in Ekaterinburg. She lived in the Urals mountainous region most of her life but often traveled for her work as a model.

She speaks perfect English and is learning Chinese. She also enjoys playing tennis and cooking.

“Polina worked in Guangzhou for a long time, learnt Chinese and was planning to join a university in China as she went to her interviews in front of me,” Darya Sayapina, who worked with Popova as a model in China back in 2013, told the local internet publication E1.ru.

Popova later on confirmed this statement and admitted that she had wanted to study in China, now however her plans have changed and she plans to stay in Russia and study in Moscow.

The winner of the beauty pageant was awarded a crown of white gold, decorated with diamonds and pearls worth a million dollars. She also received a bank card for 3 million rubles and a car.

According to Popova she already has quite a lot of savings from her work in Asia and Europe so she is planning to save her winnings for now. In the near future she will most probably relocate to Moscow for her studies.

Recently the beautiful women from the Ural region have been taking most of the awards.

Even this year there were three girls from the Ural region who took part in the competition. In addition to Popova, who represented the Sverdlovsk region, there was

Elizaveta Anikhovskaya from Ekaterinburg and Elizaveta Savicheva from the city of Berezovsky.

For the third year in a row, the title of “Miss Russia” has gone to girls from the Urals Federal District.

Popova received the award from the winner of last year's contest Yana Dobrovolskaya, representing Tyumen and before her, the most beautiful Russian girl was a native of Ekaterinburg, Sofia Nikitchuk.

“The whole of the Urals must be renowned because the beautiful Yana Dobrovolskaya was the winner last year and she represented Tyumen. It is very nice to know that Ural is recognized and celebrated,” Popova said.