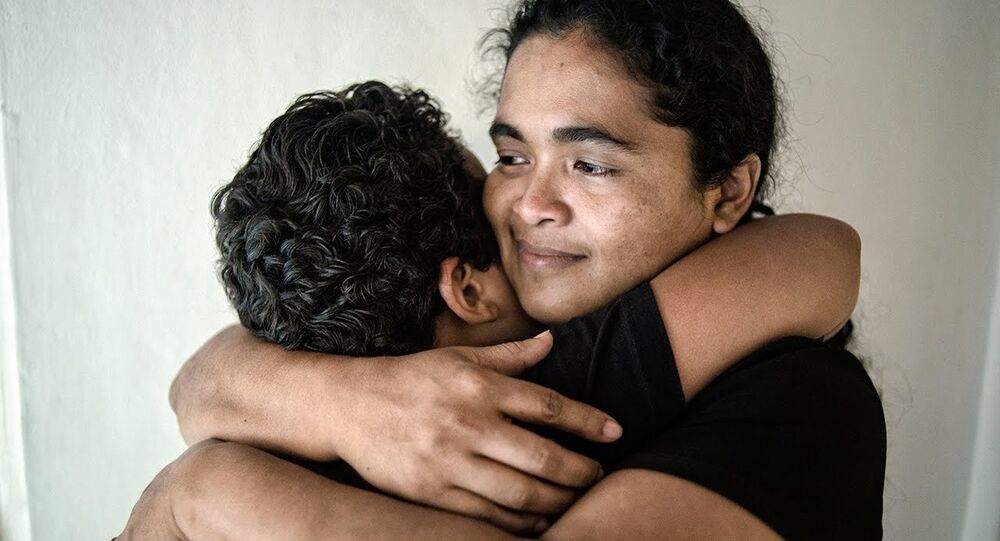 A woman from Salvador granted asylum in Sweden has become the first person to be given such political protection over abortion-related persecution.

Maria Teresa Rivera of El Salvador was accused of attempting to give herself an abortion in 2011 when, at seven months pregnant, she suddenly began bleeding and ended up miscarrying in a restroom. Finding Rivera unconscious, her family called the hospital — the staff of which reported her to police on suspicion of trying to provoke an abortion. Guatemala has some of the world's strictest anti-abortion laws, and abortion is illegal in the country except in cases where the mother's life is endangered by the pregnancy.

Rivera was convicted of aggravated homicide for her miscarriage and sentenced to 40 years in jail in 2012. While in jail, she became an advocate for abortion rights in her country, helping promote a law proposed to Salvador's Congress last year that would at least allow abortions of fetuses so deformed they would not be viable, or in cases of rape or sex-trafficking, TeleSur reports. (The same year, another proposed law would have raised the maximum sentence for having an abortion to 50 years in jail.)

Rivera's case was overturned in May 2016 when a higher court ruled that errors had been made in her trial and that there was an overall lack of evidence that she had committed any crime. She told Rewire afterward, "I understand that many women didn't want to tell others why they were there because they were treated so badly. They called us ‘baby eaters' and more, and sometimes hit us or threatened us. But I knew I hadn't done anything wrong, and I spoke up. Other women came to me secretly to tell me why they were there and asked me to put them in contact with my lawyer so they could get help."

And only a month after her release, prosecutors appealed the decision to let her go, attempting to re-try her. "I just don't understand the prosecutor's motivation for this appeal," Rivera said. "We are very poor, and there is no one else but me to provide income for our family." Rivera's son was 11 years old at the time.

​"This case exemplifies the Salvadoran government's criminalization of poverty and the social stigma with which many poor and marginalized women live under this government," Veronica Reyna of the Catholic Passionists' Human Rights Office in San Salvador told TeleSur. "Instead of repairing the damages that were done, the State looked to criminalize her once again."

Fear of being convicted again for her miscarriage and the stigma of being called "baby killer" in the street led Rivera to leave her country for protection elsewhere. "The societal and work-related discrimination, along with the judicial persecution that I faced every day, brought me to the decision to leave my country," she said in a video message reported by Rewire.

"I couldn't give my son a future. He was exposed to the discrimination and dangers in the country," she explained.

Late last month, the Swedish Migration Agency officially granted Rivera and her son legal protection in Sweden, concluding that Rivera's treatment during her trial and even after her release was "severe enough to qualify as persecution," and that there was no "good reason to assume that the treatment she endured in the past will not be repeated."

The agency also found that it was "clear that this [political] persecution is rooted partly in her sex as female," and "political opinions."

Rivera's asylum application had been supported by the Center for Reproductive Rights, which provided several briefs on her behalf. The center said it was grateful to Sweden for providing Rivera and her son with a place to live in peace.

Rivera intends to continue her advocacy, despite living far from her country.

"I'm breaking the silence for my compañeras still in prison in Salvador," she said. She still wants to see abortion reform in Salvador.

"I want the government to approve the reform…. This will help women and girls, girls who are being raped. Many families are being broken, separated for this situation," she told Rewire.

She also called the proposed bill to toughen sentences for women seeking abortions "a death penalty for poor women."

"These laws apply only to women, and only to poor women," she pointed out.

At a March 21 press conference, Moerna Herrera, president of the Citizens Group for the Decriminalization of Abortion, said the asylum decision set a historic precedent for Salvador and the world.

Many other women remain imprisoned in Salvador in situations similar to Rivera's: obstetric emergencies classified as illegal abortion attempts.