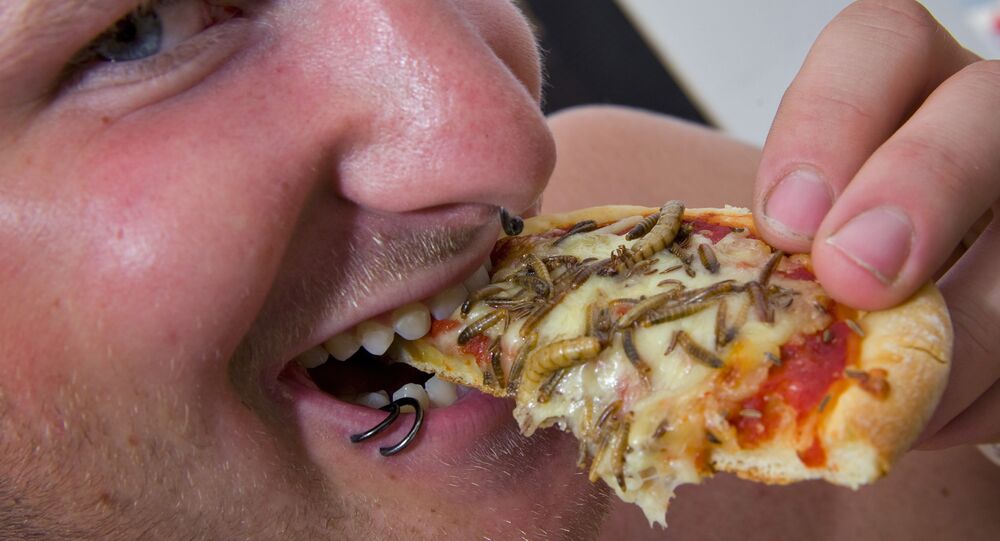 Global population numbers are rising and by 2050 could reach 10 billion, according to experts. As the world population grows - so does the need for more food and researchers suggest that adding crickets, termites and other innovative options to your menu may just be the way to go.

© REUTERS / Siegfried Modola
Famine, Food Shortage Announced in Some Parts of South Sudan – Statistics Bureau Chair
Today, around 800 million people around the world go hungry. In one her recent interviews to Sputnik, Rim Nada, a regional representative of the World Food Program (WFP), revealed that around five million Sudanese are currently suffering from famine, with the figure expected to rise to 5.5 million during the period of drought. Somalia and Nigeria are also facing severe food shortages.

Ensuring people are fed without destroying the planet is a big problem that governments across the globe are trying to solve. In addition to this as global warming impacts the climate an the world gets hotter, sustainable agriculture suffers.

What's your views on eating insects? We have them for our new #buildabanhmi menu launching next week!! #eatlikeagannet pic.twitter.com/7ejNz5RGC5

Ensuring the world's growing population is fed will require innovative and creative solutions, as a result scientists and experts are trying to convince people to learn to consider crickets, termites, synthetic milk and algae as their lunch options.

"By 2050, the world will need to boost agricultural production by at least 70 percent. Nowhere else is the potential to achieve this increase as great as it is in Africa," Agnes Kalibata from Alliance for a Green Revolution in Africa (AGRA) said in a recent interview.

This is not the first time that consumers have been persuaded that eating insects and other such things would be beneficial.

In 2013 a group of students from McGill University in Montreal won the 2013 Hult Prize for producing a protein-rich flour made from insects.

A report by the Food and Agriculture Organization of the United Nations (FAO) titled Edible Insects: Future Prospects for Food and Feed Security details the health and environmental benefits derived from a diet supplemented by insects, a diet also known as entomophagy.

The document also lists seven insects which are 100 percent edible, such as Mopane caterpillars, which are common throughout the southern part of Africa. The caterpillars are traditionally boiled in salted water, then sun-dried. The dried form can last for several months without refrigeration, making them an important source of nutrition in lean times.

Some experts have said that the adoption of such drastic measures to ensure people are fed, could mean that the world's previous aims to increase food productivity have simply failed. However experts are looking for better solutions as opposed to relying on mechanised farming, modern fertilisers, effective irrigation and better seeds to increase productivity.

According to experts, adopting new technology can make existing methods more effective, while also extending the benefits to parts of the world that didn't gain so much from the original green revolution.