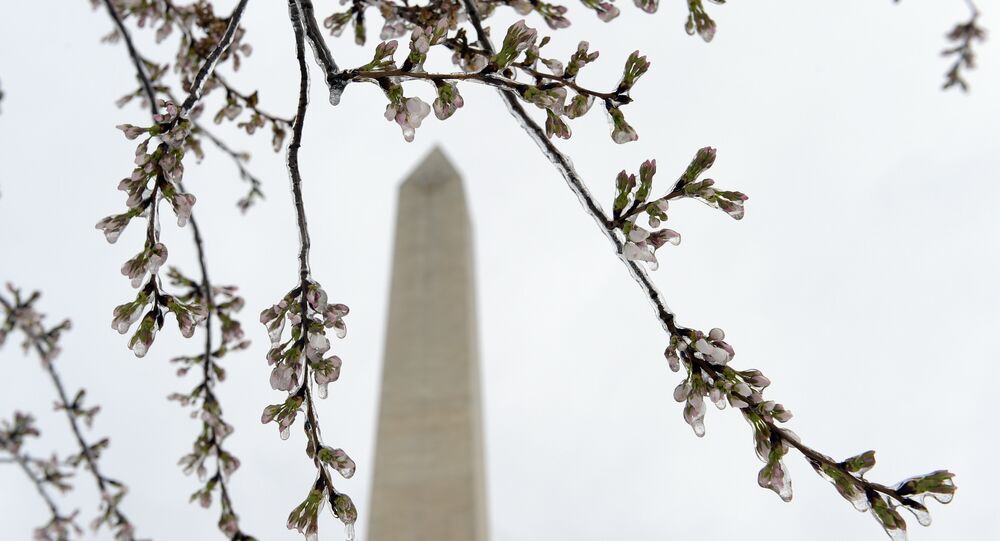 An unseasonably cold March storm has damaged the storied cherry blossoms of the US capital, which traditionally usher in the sweetness of spring.

The District's cherry tree blossoms, particularly those closest to opening, have been harmed by this week's sustained freezing temperatures, causing widespread damage to the delicate blooms, according to a Wednesday report from the National Park Service (NPS) website.

The flower of the Japanese cherry tree, one of several species in the region, especially those planted in or around the Tidal Basin area of the Potomac River, begins to be affected if temperatures drop below 27 degrees Fahrenheit (about —3 Celsius). If ambient atmospheric temperatures in the area drop below 24 degrees Fahrenheit, some 90% of the blooms can be permanently damaged, according to the NPS.

Local weather forecasts predict overnight temperatures plummeting to the low 20s over the next two nights, setting the stage for a dramatic reduction in the number of colorful blooms this spring on the popular seasonal tourist attraction.

Following the late-season storms, National Cherry Blossom Festival blog Blossom Buzz has announced that the opening of the annual festival will be postponed until Saturday, March 18.

On the Run: Female Bobcat Escapes from Washington DC Zoo