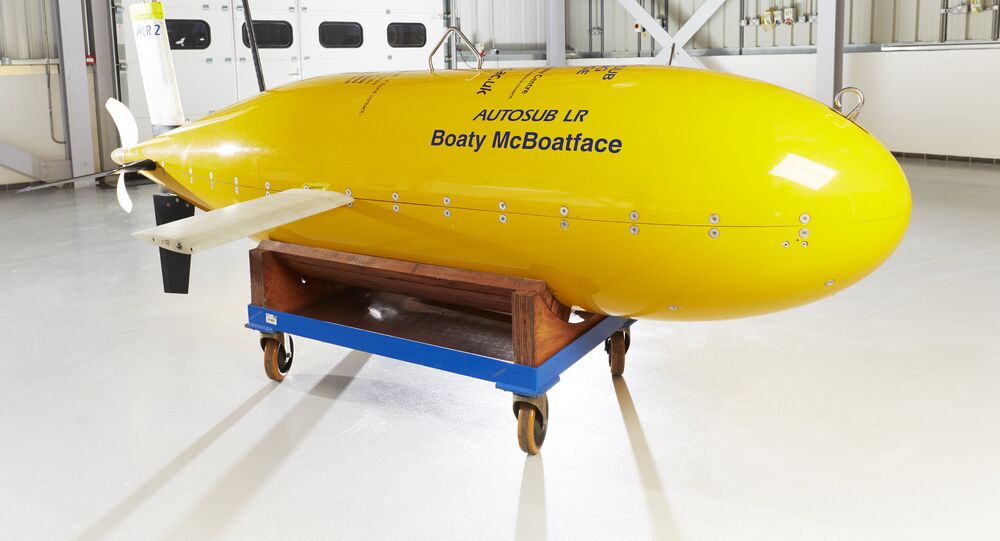 Boaty McBoatFace was originally a name entered into a UK competition to name a new polar research ship. Unfortunately, the name did not win, however it has resurfaced as a small yellow robot submarine and will be sent on its first Antarctic mission.

Boaty, was one of the most famous names in recent maritime history, and it's now a new type of autonomous underwater vehicle (AUV), which will be able to travel under ice, reach depths of 6,000 meters, and transmit the data it collects to researchers via a radio link.

​Its mission will be to look at water flow and turbulence in the deep water region of the Antarctic Ocean. The information that it collects will help scientists to better understand how the ocean is being impacted by global warming.

"Boaty McBoatface" has made me proud to be #British today! God bless you, you non boat, missing face, vessel you! #BoatyMcBoatface 🌊🚣 pic.twitter.com/KFrexIkxi3

​The fact that the name Boaty McBoatFace has made a reappearance has caused some excitement in the UK, with people tweeting about the submarine's up and coming adventure to the Antarctic.

Boaty mcboatface is now a sub and is doing its job just wish they put a face on it #BoatyMcBoatface pic.twitter.com/dM1L05LBSD

The Natural Environment Research Council (NERC) had originally asked members of the public to suggest names for its new polar research ship. A suggested name was Boaty McBoatFace, and it quickly became the most popular choice with the name winning the vote by a huge majority.

#BoatyMcBoatface being lowered in to a testing tank at the NOC to prepare it for its next expedition. pic.twitter.com/3KPGdOp7jb

However, people's hopes were dashed, after NERC decided that despite the name's popularity they would name the US$200 million ship after naturalist and broadcaster Sir David Attenborough.

Despite it eventually not being used, it has now resurfaced as the name of the National Oceanography Center's submarine, which will will travel with the Dynamics of the Orkney Passage Outflow (DynOPO) expedition on the British Antarctic Survey (BAS) research ship James Clark Ross, due to depart from Punta Arenas in Chile on March 17.

The lead scientist, Professor Alberto Naveira Garabato, from the University of Southampton, said that the Orkney Passage is a key choke-point to the flow of abyssal waters in which they expect the mechanism, linking changing winds to abyssal water-warming, to operate.

"We will measure how fast the streams flow, how turbulent they are, and how they respond to changes in winds over the Southern Ocean," Professor Naveira said in a recent interview.

However, not everyone was happy, some tweeted that the name should be changed as it is a submarine and not a boat.

The fact that Boaty McBoatface is the name of the submarine and not the boat annoys me. Might as well renamed it to Suby McSubface.

It seems that Boaty the submarine has a long future ahead of it, it will attempt the first-ever crossing of the Arctic Ocean under ice, which has the potential to deliver a significant change in scientists' ability to observe change in this vital region.