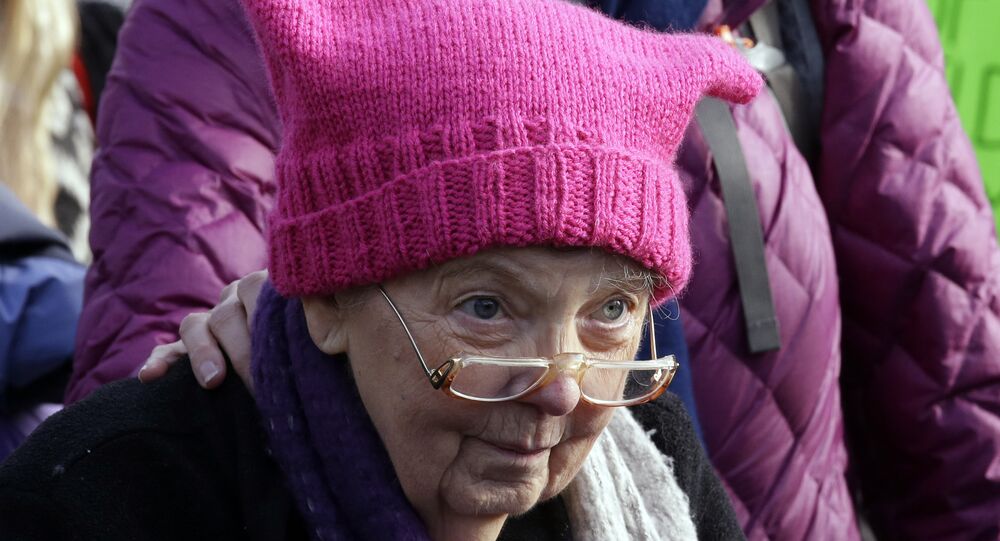 Italian fashion house Missoni trolled US President Donald Trump by ending its Milan Fashion Week show February 25 with a parade of models wearing knitted pink "pussy hats," the kind worn by many of the hundreds of thousands of demonstrators who took part in last month's Women's March on Washington.

Some 40 models strode the catwalk wearing the now-iconic hats, and a special Missoni version of the hat was also given to everyone in the audience, NYMag reports.

The pink hats with pointed cat ears are a reference to the infamous tape of Trump saying he could grab women "by the pussy" that surfaced a month before the US election. The January 22 march was often billed as "pussy grabs back."

Vogue writes that some of the proceeds from the collection will go to the American Civil Liberties Union, which has been fighting Trump's executive orders on immigration, and the UN Refugee Agency.

Designer Angela Missoni had dubbed her collection "pink is the new black." Addressing the audience at the end of her show, she said, "I feel the need to recognize that in a time of uncertainty there is a bond between us that can keep us strong and safe — the bond that unites those that respect all human rights," the Hill reports. "Please join me and my family on this catwalk and let's show the world that the fashion community is united and fearless."

​"This is a protest collection," hairstylist Anthony Turner told Allure magazine backstage before the show. The hat trick was also "why we had to keep the hair simple and leave it down, so that we could easily put the hats on for the end of the show," he said.

Missoni is known for its knitwear.

The Flamenco Flames of the International Fashion Show in Spain