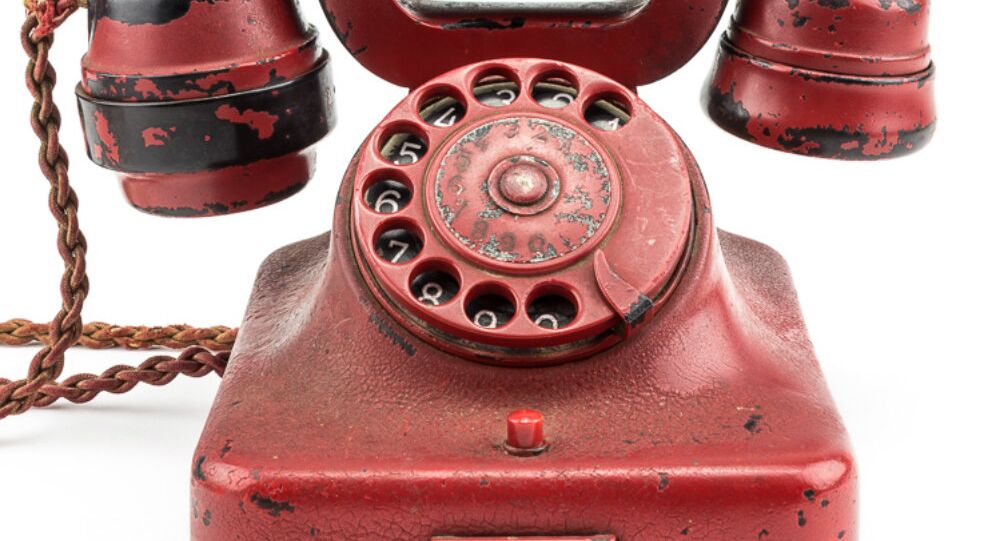 "Hitler's telephone," which sold for more than $240,000 at auction last week, is a fake, a German expert says. The phone has raised eyebrows among antiques specialists.

The phone, engraved with swastikas, eagles and, of course, Adolph Hitler's name, "is clearly a fake," head of Collections at the Frankfurt Museum for Communication Frank Gnegel told Frankfurt's daily, the Frankfurter Allgemeine.

Gnegel points to oddities in the phone's construction and quality in making his claim.

"The actual telephone was manufactured by Siemens & Halske, but the handset comes from an English telephone," he noted — but such phones were never produced this way. "It must have been assembled later in England."

The auction house that sold the phone, Alexander Historical Auctions, said that a subsidiary of Siemens in the UK that worked closely with the company's German headquarters until the outbreak of war had designed the receiver.

"Why should a company in Great Britain construct an earpiece for Hitler before the war?" Gnegel asks. "Siemens would certainly have built a new telephone for Hitler. "

The peeling red paint is another clue. "Siemens would have built a proper example from dyed plastic, instead of unprofessionally painting over a black telephone. Everything to do with Hitler was produced in a high-quality fashion; why should an engraving be simply be painted over?"

The phone's rotary dial is also suspect, the expert said: Hitler would have been hand-connected to his subordinates through a telephone exchange.

DW points out that Gnegel is the chief of one of the most important collections of telephone history in Europe.

Gnegel is not the only expert casting doubts on the authenticity of the phone. The Telephone Museum, an American non-profit, had several pointed questions for the auction house on Facebook.

Dutch telephone restorer and blogger Arwin Schaddelee has also raised questions, issues of quality among them. "The engraving of the name is unevenly done, with the D particularly deformed. Certainly not the quality you would expect for the Führer," he wrote in a blog post earlier this month.

'Temptation' to Read Something Prohibited Behind Success of Hitler's Mein Kampf