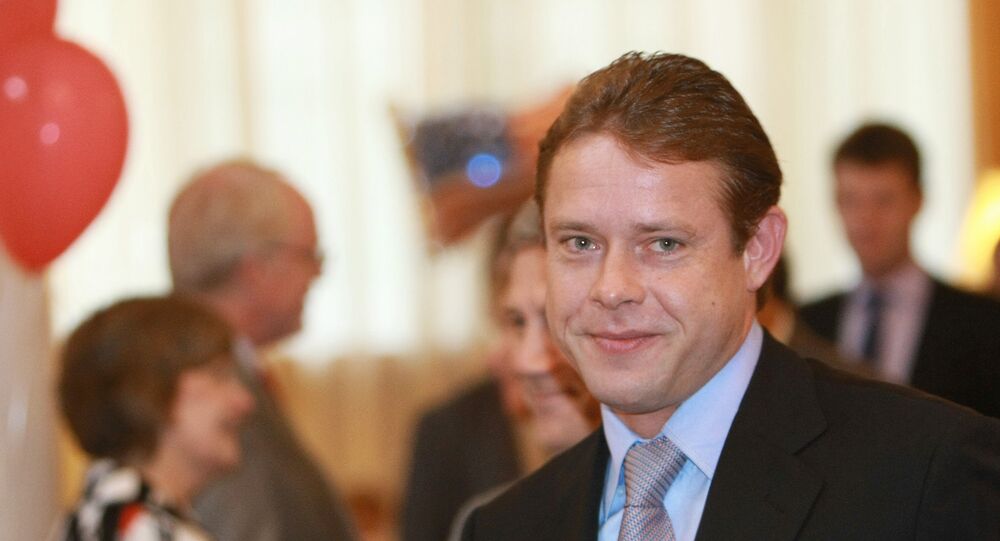 The "Russian Rocket" explained why he decided to give up his United States citizenship - a move that is sure to raise many eyebrows.

Some time ago Pavel's name appeared on the US Treasury Department's list of individuals who had chosen to relinquish the star-spangled passport.

"The reason? I am Russian and I have always said that my home is Moscow," Bure told R-Sport.

He added that he has been living in Russia for six years.

"I renounced the US citizenship a year ago and handed back my US passport because I don't need it. It may be surprising for someone, but not for me. I am a Russian man, I live in Russia, in Moscow," the renowned sportsman reiterated.

Born in the Soviet Union's capital in 1971, Pavel Bure began his remarkable career with CSKA Moscow and won the USSR championships twice. Since 1991 he has played 12 seasons in the NHL, skating for the Vancouver Canucks, Florida Panthers and New York Rangers, scoring 437 goals in 702 games.

© Sputnik / Alexei Druzhinin
Putin Hands Russian Passport to Steven Seagal in Kremlin, Actor Speaks Russian (VIDEO)
As a member of the Russian national hockey team, Bure won a silver medal in the 1998 Nagano Olympics and a bronze medal in the 2002 Salt Lake City Olympics. He also became a world champion in 1990.

Bure's incredible speed earned him the nickname of the "Russian Rocket."

He hung up skates in 2003 because of injuries.

In 2012, the "Russian Rocket" was inducted into the NHL's Hall of Fame.