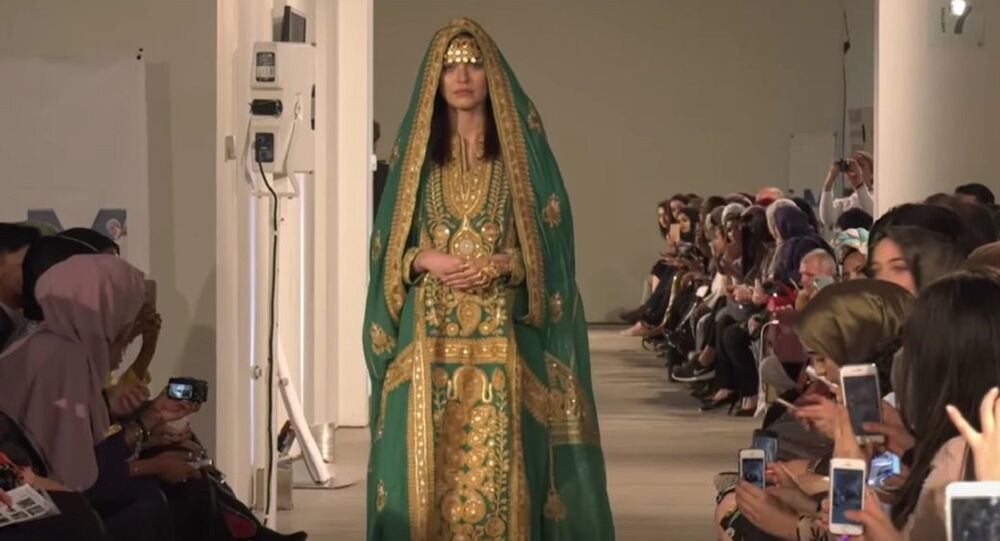 The United Kingdom held the first fashion show adhering to Muslim dressing traditions. The event was held in London as part of “London Modest Fashion Week.”

The two-day event was held for the first time this year as it runs parallel to London Fashion Week.

According to the organizers, which was held at the Saatchi Gallery in the prestigious district of Chelsea, so-called “modest” fashion is one of the fastest growing segments of the fashion business.

“Currently, the fastest growing market is the Muslim market. By 2030 every third person in the world will be a Muslim and that is a huge amount of people,” the organizer of the fashion show, Romanna Bint Abubaker said.

Over forty designers showcased their creations during the show. The organizer noted that although the clothes belonged to Muslim traditions, interest toward the outfits was expressed by people from other religions and cultures as well, especially by those who chose to cover up their bodies.

A few days ago it became known that the hijab will become a permanent item in the British department store Debenhams.

Thus, Debenhams will be the first large retail chain that will sell traditional clothing for Muslims in Britain.

According to media reports, a wide variety of traditional Muslim clothing and headdresses will soon become available in several stores in London, Manchester and Leicester.

In particular, in the central store on London's Oxford Street, a special department for the sale of dresses, suits, scarves, headscarves and accessories will operate under the brand name Aab, which will be an international producer of “modern and modest women's clothing.”

The Flamenco Flames of the International Fashion Show in Spain

#TheTruthBehindThisShot: London Model Lays Bare the Ugly Side of Fashion