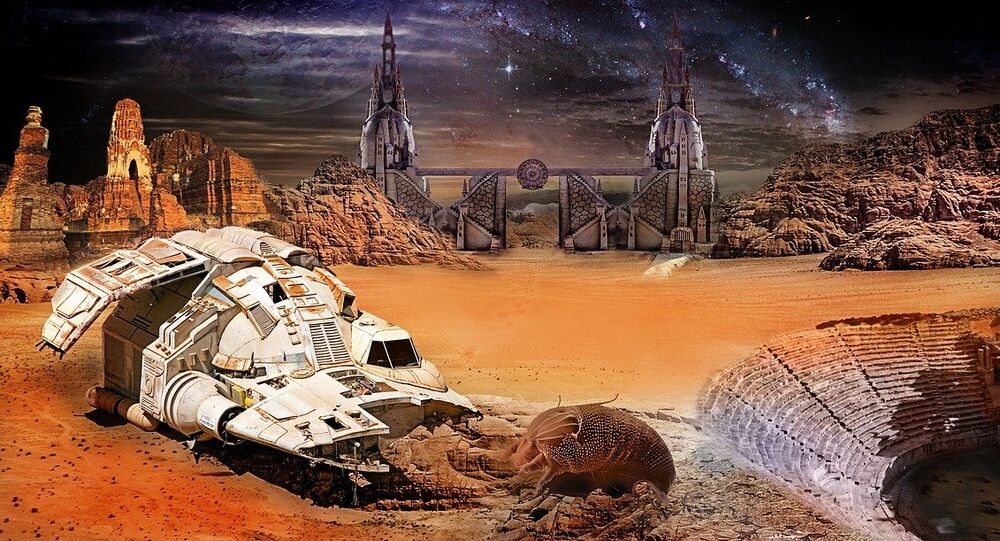 Newly released archives from the CIA, containing some 13 million pages of declassified documents suggest in addition to tracking UFO sightings, in the early 70s, American intelligence agents via the legendary psychic Ingo Swann tried to find out what was happening on the planet Jupiter.

© CC BY 2.0 / IBiAFoddoAbbarad / Evening UFOS
From Tibet to Nepal: CIA Declassifies Files on UFO Sightings Over Himalayas
The Stargate Project was the code name for a secret US Army unit established in 1978 at Fort Meade, Maryland, by the Defense Intelligence Agency [DIA] and SRI International [a California contractor] to investigate the potential for psychic phenomena in military and domestic intelligence applications.

Ingo Douglas Swann was the man behind the Stargate project. He was a claimed psychic, artist, and author known for being the co-creator, along with Russell Targ and Harold Puthoff, of “remote viewing.”

The idea of controlled remote viewing was a process in which viewers could view a location given nothing but its geographical coordinates, and was developed and tested by Puthoff and Targ with CIA funding.

The recently released 13 page document on the official CIA website talks about one such session with Swann in which he reportedly transferred his consciousness to the planet Jupiter.

According to Swann in the space to the right of the room he could see Jupiter, remotely located many millions of miles away.

© Photo : CIA
AN EXPERIMENTAL PSYCHIC PROBE OF THE PLANET JUPITER

He could see how it was shining with a blinding light. He could look at it from all directions of his mind's eye. At first, everything was seen in miniature and then everything was suddenly expanded.

“These visions are inside me, then outside. There is a yellow cast to space and seeming dark objects show through it. Can they be other moons of contrasting colors or densities? The impressions come to me that there are 17, some yet undiscovered by earth scientists, much closer to Jupiter, and the feeling also comes that some of them have been and are being spawned by the conclusive, volcanic action in the interior..,” Swann said, according to the document.

The psychic also “saw” rings around Jupiter, but, he said that they were not as noticeable as that of Saturn.

Later, in 1979, the space probe Voyager confirmed the existence of the Jovian ring system; however, the hypothesis of its existence was put forward by the Soviet astronomer Sergey Vsehsvatskiy in 1960’s.

Perhaps, it was Swann who earlier provided the CIA with information regarding ancient civilizations on Mars.

The Stargate project was launched in the 1970 after the CIA stated that the Soviet Union reportedly spent up to 60 million rubles a year on research into Psychotronics.

This conclusion was made by the CIA based on the book published by two journalists from Canada, Sheila Ostrander and Lynn Schroeder, who visited the Soviet Union in the early 1970s. The authors continue to publish books on parapsychology even today.

After nearly three decades the CIA concluded that the Stargate program did not give any tangible results and suspected its leaders of fitting the data of various experiments to its objectives.

Later on, it became known that Harold Puthoff, who, according to his own statements also had the skill of “remote viewing,” reached it after achieving the highest OT VII enlightenment rank in the Church of Scientology.

Another member of this church was no other that Ingo Swann, who for his cooperation with Scientology was expelled from the American Association of Parapsychologists [ASPR] in 1972.

Some intelligence experts argued that the actions of Puthoff and Swann were part of the so-called “Operation Snow White” by the Church of Scientology, which intended to introduce 5,000 agents to a variety of government agencies, including into the ranks of the US armed forces.