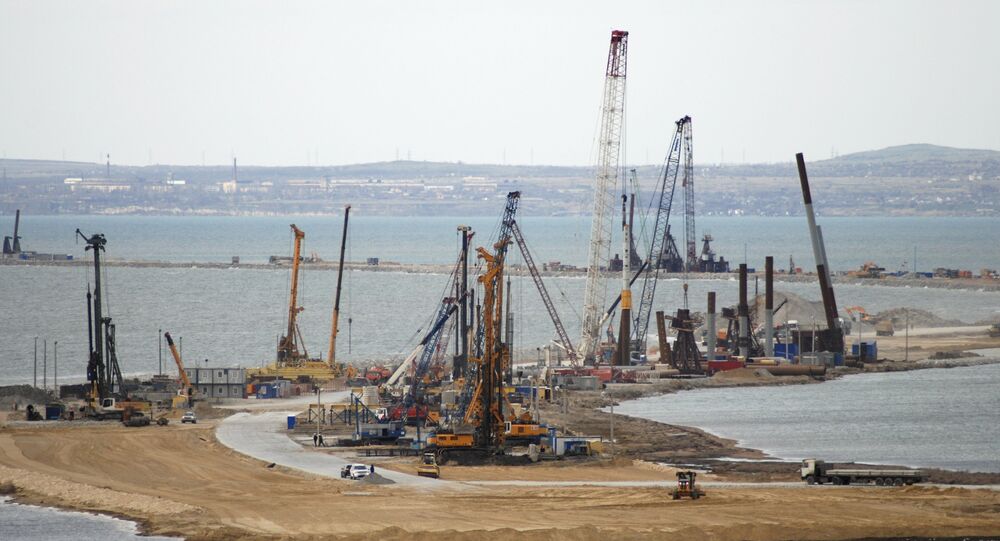 Cosmonaut Oleg Novitsky photographed the construction of the Crimean Bridge across the Kerch Strait from the International Space Station and published the photo on his Instagram page.

“The scale of the construction of the century is impressive even from space,” Novitsky wrote under the photograph.

This week, the constructors have started erecting arches of the bridge which are 45 meters high. The bridge will include a highway with four lanes of traffic, as well as a two-track railway. The length of the crossing will be about 19 kilometers (11.8 miles).

A bridge crossing the Kerch Strait to connect the Crimean peninsula with mainland Russia was proposed by the Russia government to be constructed by 2018-2020.

In August 2014, the Russian government approved the Federal Targeted Program Social and Economic Development for Crimea and Sevastopol until 2020, allocating 681 billion rubles ($10.6 billion).

The program aims to dynamically develop transport and social infrastructure, as well as improve the quality of people’s lives in the region.