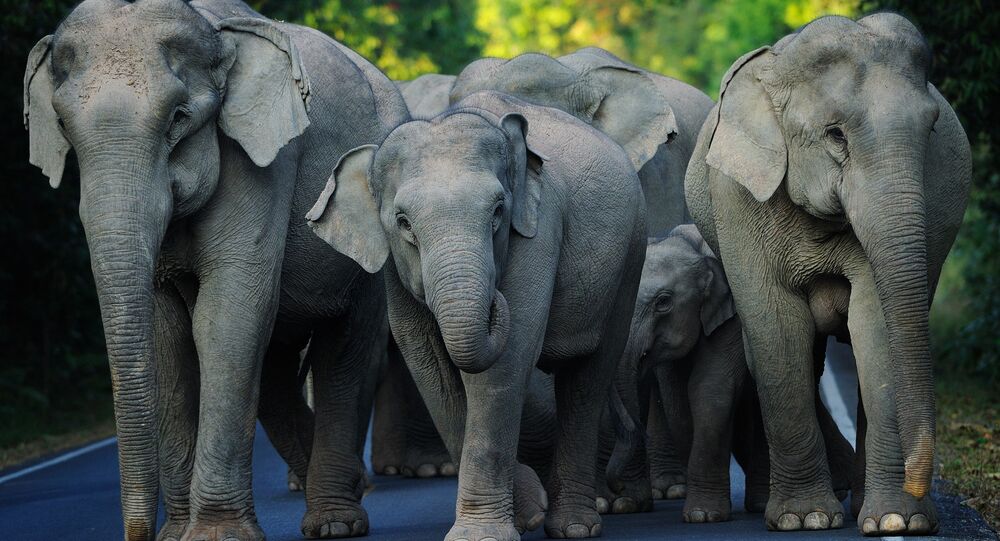 The elephants were present in the vicinity from January 26 and wandered near the fields and farmland in search of food. The elephants trampled a few chickens and geese on a farm, roamed the highway and ate the village’s crops.

Police sent out special personnel for alarm announcements, traffic police warnings and evacuation of local residents. The government used a drone to track the escaped animals.

Wild Asian elephants in China are protected animals. They mainly live in the county of Xishuangbanna Dai, as well as in the cities of Payer and Linking in Yuannan province.

Due to the lack of food in winter months, the animals are forced to leave their territories in search of food in nearby villages.

According to the Forestry Administration, from 2011 to 2015 in there were 48 thousand cases of elephant invasions in Yunnan province. Due to such incidents 18 people died, 27 were injured and the economic damage amounted to almost $14 million.

Jungle Book: Elephants Take to the Street in Russia

No More Sorrow: Blind, Deaf and Old Elephant Cries When Rescued From Captivity

Adorable Baby Elephant Rescued From Waterhole and Reunited With Its Mother