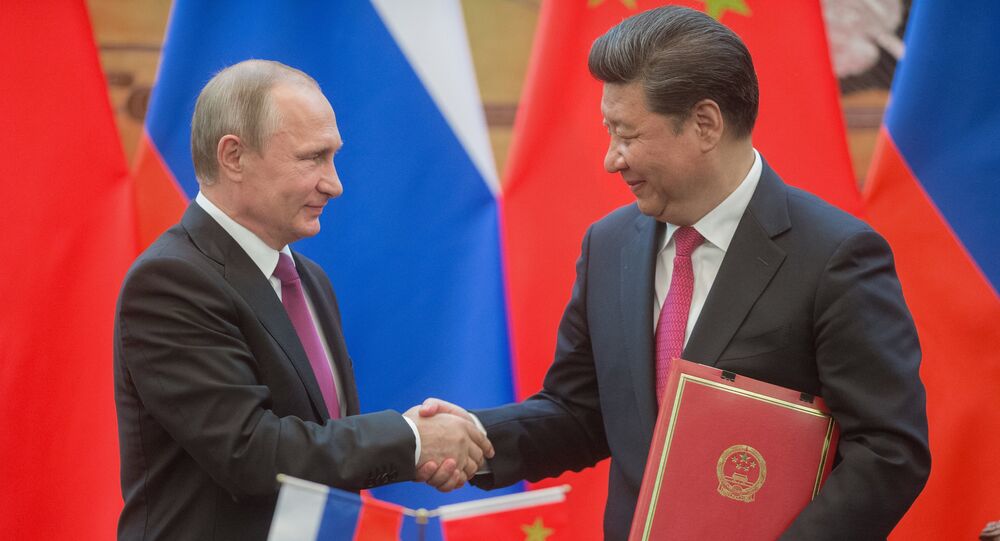 Russians largely consider China to be a friendly state, a poll shows.

MOSCOW (Sputnik) — The number of Russians who consider China as Russia’s strategic and economic partner has risen by 16 percent in over a decade to 50 percent, a survey by the Russian Public Opinion Research Center (VTsIOM) revealed.

"Unlike 10 years ago, today Russians are more friendly toward China and there are almost no fears related to it. It is connected, first and foremost, with the deterioration of relations with the West, and in this situation China proved itself a reliable partner," VTsIOM Director General Valery Fedorov said in a statement.

Almost 30 percent of Russians believe China is a friendly state, while 10 percent see it as an economic and political rival, according to the survey results. About 37 percent think China will remain Russia’s partner in the coming decades. Only 14 percent of the respondents suppose China will become a dangerous neighbor while two percent think it will become an enemy.

At the same time, the respondents did not overlook China’s reported missile deployment on the border with Russia. The poll revealed that while 18 percent suggested Russia should reciprocate, 16 percent urged being on alert. Diplomatic settlement of the issue was suggested by five percent, while figuring out a reason for the Chinese actions by four percent. A total of 24 percent of respondents said there was no need to react.

© Sputnik / Sergey Guneev
Putin: Xi Jinping is 'Very Good Friend and Reliable Partner'
Amid increasing tensions between China and the United States, 53 percent of Russians stand for upholding neutrality, rather than for supporting one of the parties. The results of the study showed that supporting China and developing ties with both countries without meddling in the conflict was considered possible by 29 percent of Russians. A total of four percent suggested open support for China, while six percent believe the support for the United States should be maintained.

Russia has made a pivot to Asia and boosted cooperation with China after the West imposed sanctions against Russia for its alleged meddling in the Ukrainian conflict and "annexation" of Crimea. The Russian-Chinese relations are developing in various spheres, including aviation, space, atomic energy, transport, insurance, education.

Russian, Chinese Scientists Team Up to Unravel the Mysteries of Earthquakes

US Survey on Wiping Out Russian, Chinese Leaders Ploy for Pentagon Funding