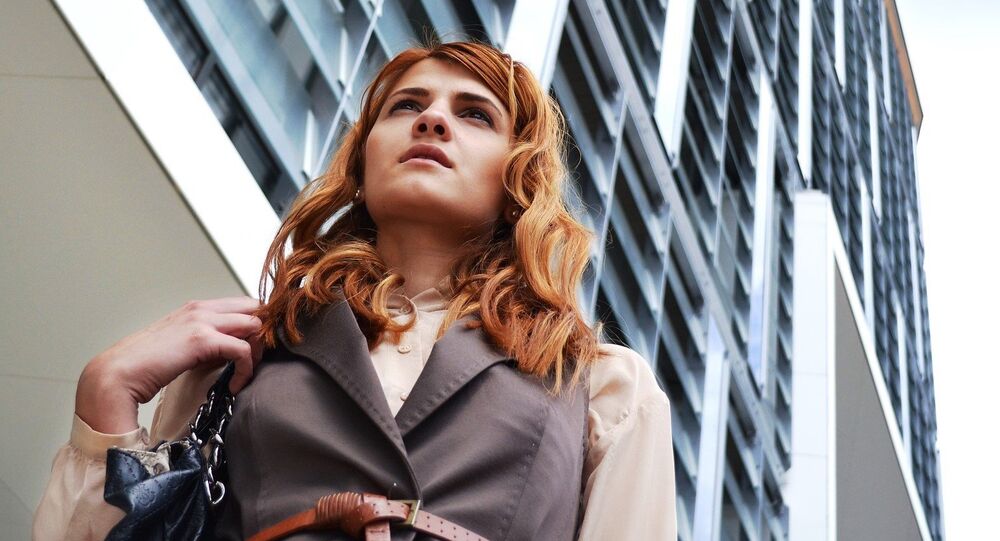 Sexist employee practices are on the rise, according to new research released on Wednesday. Employers in the UK are telling female workers that they must have plunging necklines and wear high heels. One black female employee was denied a job at the Harrods department store in London because she refused to wear a wig.

The stories documented in the UK parliament investigation were told by female employees, they include accounts of employers requesting that women wear revealing outfits and that they reapply make-up.

These experiences were unearthed by a UK parliamentary report High Heels and Workplace Dress Codes into the case of a British woman who was sacked for not wearing high heels to work.

Off to Westminster.
No heels.
No make-up.
No problem. pic.twitter.com/YIzoY2WA9c

A 27-year-old London receptionist Nicola Thorp arrived at the offices of the finance company PricewaterhouseCoopers (PwC) only to be told she had to wear shoes with a "2-4 inch heel." When she refused and complained, she was sent home without pay.

After the incident a petition was launched to "Make it illegal for a company require women to wear high heels at work." The petition has been signed by more than 150,000 people in support of Ms. Thorp and her campaign for equality at work.

Petition: Make it illegal for a company to require women to wear high heels at work https://t.co/6FHXsUBIu5

Sam Smethers, chief executive of Fawcett, a UK charity for women's rights and equality, said that any practice that objectifies women has no place in society:

​"Sexist dress codes which objectify women and make them feel excluded have no place in modern workplaces. Employers need to focus on what drives productivity and enables their staff to feel part of a team. It isn't a pair of high heels."

Important report out by the Parliament Petitions Committee on dress code discrimination, to which Fawcett contributed evidence https://t.co/5b5WnhME4a

The UK parliamentary report also share the story of a black woman who applied for a job at Harrods, the luxurious department store in London, was turned down for a job and told she needed to straighten her kinky hair, wear a wig or add hair extensions.

These practices deployed by Harrods are not new and have been going on for years, an anonymous source said.

"When I worked at Harrods, I would have to wear full make-up before I even arrived. The agency that employed me for the job said that there is no option for me to apply make-up once I'm on store premises. I had to arrive ready," the source told Sputnik.

"The female employees had to wear high heels and they had to be a certain height, around 2-4 inches. You are standing all day, for around eight hours. Your back is killing you at the end of the day," the anonymous source added.

The source also believes she was hired simply because of the way she looked. The agency that employed her also managed recruitment for Harvey Nichols, Selfridges and many London boutiques. However, because Harrods is popular among shoppers from Middle East, the source believes she was simply employed because she looked like she was from the region.

"The lady looked at me and she placed me in Harrods right away. And I think the reason why she did it is because I look like I may be from the Middle East," the anonymous source told Sputnik.

Women are not alone in their struggle, men are also forced to adhere to dress codes. The UK Houses of Parliament has a strict dress code and this has been outlined by some critics, who believe that this investigation by the UK government is an overreaction. UK news presenter and TV host, Piers Morgan, has stated that male MPs have to adhere to a strict dress code and they do not complain.

Male MPs have to conform to a strict dress code in House of Commons. Female MPs do not.
I've not heard a single male MP cry 'sexist!'

The government investigations into sexist work practices was led by the Petitions Committee, working jointly with the Women and Equalities Committee.

"We heard from hundreds of women who told us about the pain and long-term damage caused by wearing high heels for long periods in the workplace, as well as from women who had been required to dye their hair blonde, to wear revealing outfits and to constantly reapply make-up."

As a result of the investigation, the government pointed out that the existing law is clear and that the dress code that prompted this petition is already unlawful. Nevertheless, discriminatory dress codes are often practised in the UK, remaining literally quite a painful issue.

These Shoes Were Made for Walking: Entrepreneur Develops Painless High Heels