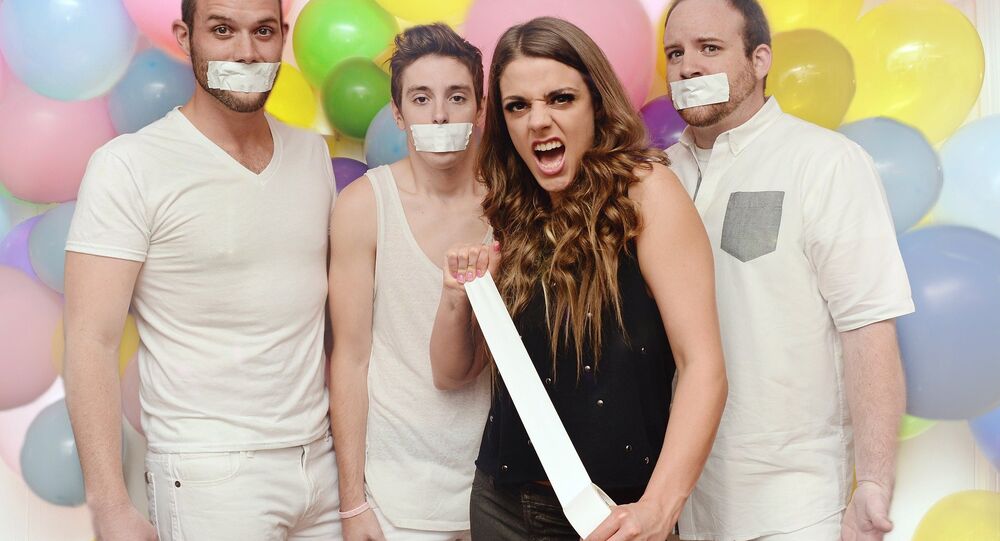 Get the F*** Outta Here! Profane People More Likely to Tell the Truth

While many regard swearing as a major social faux pas, which contravenes the most basic standards of social etiquette, scientists believe they may have identified a link between profanity and honesty.

In a study published in Social Psychological and Personality Science, researchers from the Netherlands, the UK, the US and Hong Kong document a three-part experiment, which set out to provide an empirical answer to the relationship between profanity and honesty.

"This research makes several important contributions by taking a first step to examine profanity and honesty enacted in naturalistic settings, using large samples, and extending findings from the individual level to a look at the implications for society," the paper said.

"Swearing is often inappropriate but it can also be evidence that someone is telling you their honest opinion." https://t.co/Htb8pDrYKD

The findings are clear — the more an individual employs language containing sexual references, blasphemy or other vulgar terms, the more you honest they tend to be. This holds true at both an individual and societal level.

In one experiment, 276 participants took part in an online study which asked them to report how often they swore, how much they liked it, and how honest they considered themselves on a variety of behavioral scales. They were also asked to rate their reasons for using profanity in speech, and took part in a lie test to determine whether they were being truthful or "simply responding in the way they thought was socially acceptable."

People Who Love To Swear, Are Messy And Stay Up Late Are More Intelligent According To This Study | https://t.co/tNjmRJ9zE7 pic.twitter.com/iK1ROwSkkG

Then, the team analyzed the Facebook statuses of around 75,000 people who used a certain app. In the last section, they looked beyond individual people and instead analyzed state-level profanity data compared to state-level integrity data.

In every experiment, more cursing equaled more integrity. The paper concludes that profanity is often used to express one's genuine feelings, and could therefore be negatively related to dishonesty.

The report acknowledges that the relationship between swearing and honesty established by the experiments is a correlative rather than causative one. These limitations notwithstanding, the scientists believe the research is an important first step in exploring the profanity-honesty relationship, and believe the consistent effect across samples, methodology, and levels of analysis contributes to wider understanding of the two constructs.

"Future studies could build on our findings to further study the profanity-honesty relationship using experimental methods to establish causality and incorporating real-life behavioral measures with a wider range of dishonest conduct including unethical behavior," the study concludes.