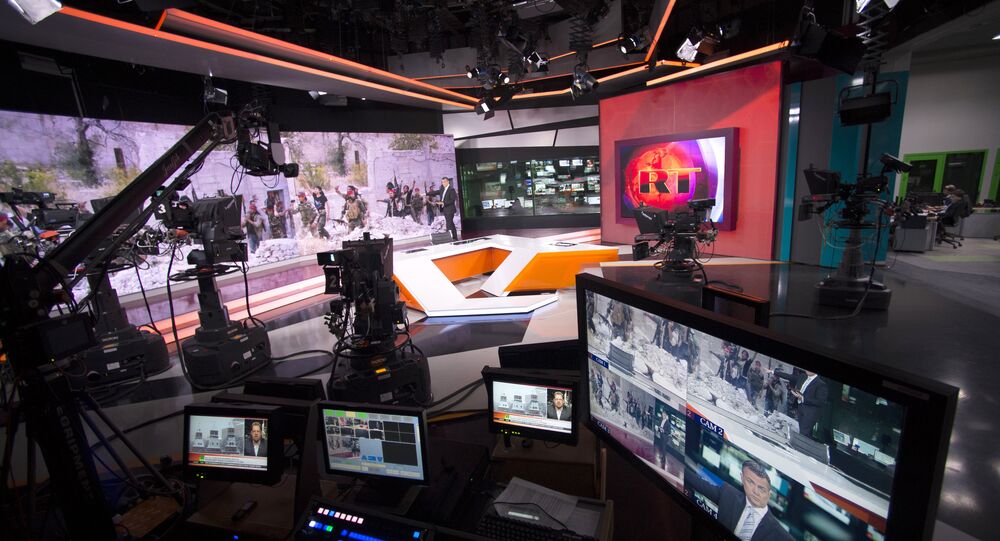 Facebook banning the RT broadcaster from uploading videos, images and links to its page on the social network in the period that covers the inauguration of US President-elect Donald Trump will give unfair advantage to the other channels covering the event, Secretary of the Russian Union of Journalists Timur Shafir said Thursday.

MOSCOW (Sputnik) — Earlier in the day, RT reported that its Facebook page had been blocked until January 21 from leaving posts containing videos, images and links because of copyright infringement claim and the ban would last until Saturday morning, effectively preventing RT from broadcasting Trump's inauguration on Facebook.

"In this case, the decision of [Facebook] administrators will result in RT losing a significant chunk of its viewership for Trump's inauguration, which, basically, gives an advantage to the Western broadcasters on FB," Shafir told RIA Novosti.

© Sputnik / Evgeny Biyatov
Fact Checking for Dummies: RT Teaches Its Critics a Few Things About Journalism
Shafir said that Facebook administrators could be "honestly mistaken" about RT's right to the content which triggered the ban, but "these selective mistakes regarding Russian Facebook users, including journalists, take place regularly."

According to the screenshots, uploaded by RT, Facebook was notified during RT's broadcast of outgoing US President Barack Obama's press conference that the stream contained content belonging to Nastoyashee Vremya TV channel.

All TV Must Be RT