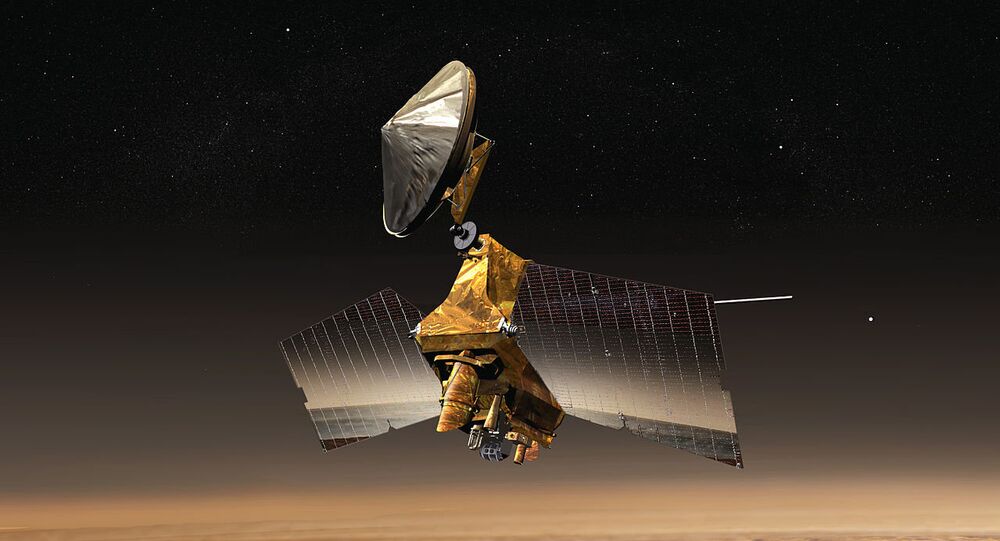 NASA has released an image of Earth and Moon as seen from an artificial device rotating around Mars. The picture was made available on the agency's website.

Australia and the surrounding oceans are particularly visible in the image. The Moon as compared with the originally obtained images has been artificially made brighter.

The scale of distances between the celestial bodies and their relative sizes has been preserved as is.

© NASA . JPL-Caltech/Univ. of Arizona
Earth and Its Moon, as Seen From Mars orbit

In the picture it seems like Earth’s satellite is located much closer to the planet and the reason for that is that the image was captured during a moment when Earth was on an imaginary straight line between Moon and Mars.

The image was assembled from a pair of images which were taken on November 20, 2016, by the scientific instrument HiRISE (High Resolution Imaging Science Experiment) MRO satellite (Mars Reconnaissance Orbiter), when the distance between Mars and the Earth was 205 million kilometers.

Currently, there are six objects in the orbit of Mars. Of these, three are US stations: Mars Odyssey (since 2001), MRO (since 2006) and MAVEN (Mars Atmosphere and Volatile EvolutioN, since 2014).

There are also two European satellites: Mars Express and Trace Gas Orbiter (with Russian participation) and there is one Indian station called Mangalyaan.