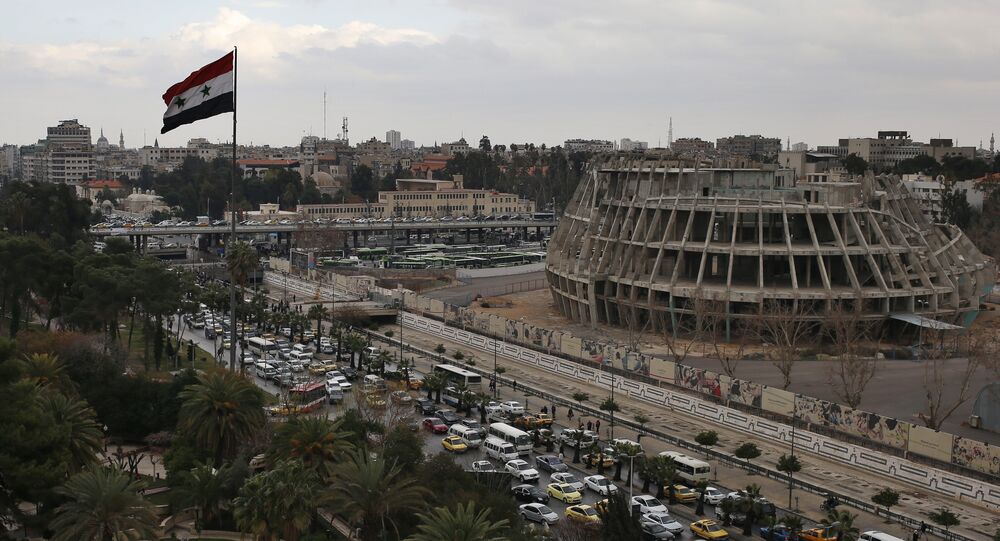 A historic Syrian train which was built in 1896 left Damascus and traveled to the city’s suburbs on Wednesday. The capital was liberated from the terrorists and now after five years, the railroad has been repaired and the locomotive made its journey.

© REUTERS / Omar Sanadiki
Aleppo's Liberation is a 'Major Breakthrough' Offering Hope for Peace in Syria
The head of the public institution Hejaz Railway, engineer Husein Muhammed Ali said in an interview with Sputnik Arabic that this locomotive is very special for the Syrians and it is special for the people of Damascus.

The foundation started its work on the launch of the locomotive after the liberation of Kudisa and al-Hama districts to the west of the capital.

According to Husayn Muhammad, 150 residents of the city for the first time in the last 5 years were able to travel 15 kilometers from Damascus to the station of al-Hama.

In the future it is planned to extend the route of the train all the way to the city of ez-Zabadani and Lebanon.

The historic train has only 3 carriages with wooden benches, which are loved by many generations of Syrians.

The gardens of al-Rabwah, the settlement of al-Hama and the oasis of al-Khadra, through which the locomotive passes, are the traditional places of recreation for the citizens of the capital, where they like to go on a picnic.

The whistle of the locomotive, which was heard by the Syrians after many years has become a symbol pointing to the return of civilian life to the country. Children came running outside to greet their old friend as the train made the journey to its destination.