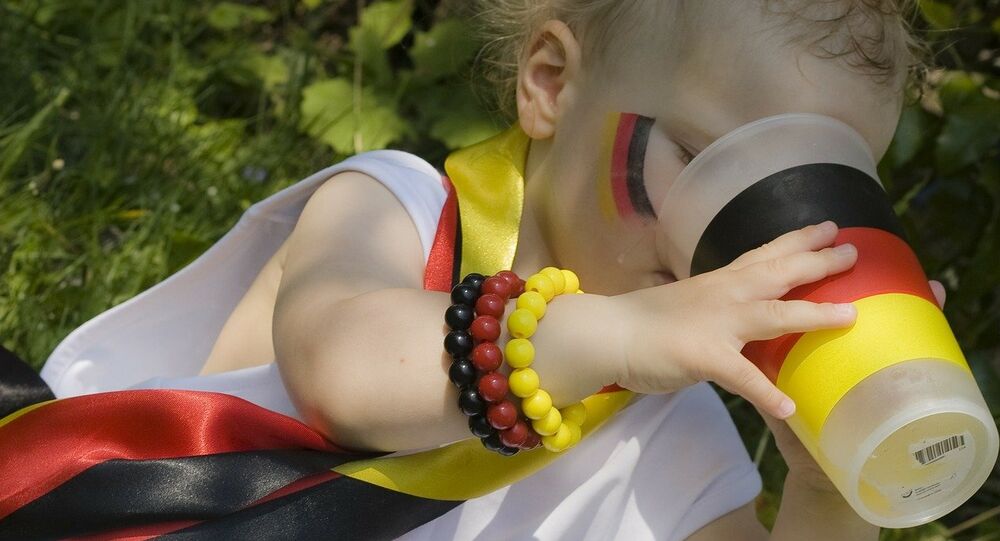 On December 15, it was announced Germany is experiencing its highest birthrate in decades. An eminent German demographic researcher has told Sputnik this is largely attributable to migrants - but given current national controversy over immigration, is Germany's baby boom sustainable?

In all, in 2015 Germany's birthrate rose to 1.5 per woman, a 33-year peak. Destatis, the federal statistics office of Germany, state the increase is due to foreign-born mothers, who accounted for a record 1 in 5 births. German-born mothers have an average of 1.4 kids, while for foreign-born women, that figure is over 1.9.

Statistics (FSO) show the birthrate in Germany reached the highest level in 33 yrs in 2015, boosted mainly by babies born to migrant women. https://t.co/pGVxDIHlLP

​The news will be extremely welcome for the German government, which has invested billions in a variety of initiatives to boost its population growth in response to chronically low birthrates in recent decades. As of May 2015, Germany had the lowest birthrate in the world. According to a United Nations Department of Economic and Social Affairs report, the country also has the largest immigrant population in Europe, and the second largest in the world.

​However, Stephan Sievert of the Berlin Institute for Population & Development told Sputnik that Germany's rising birthrate predated the huge spike in immigration since 2014, which saw 1.3 refugees enter the country in 2015 alone.

"About 90% of the increase last year was driven by immigrant mothers, but over the past five years rates have been rising steadily. The German government has pursued a number of family friendly policies to encourage more births, including increased parental leave entitlements, financial aid for schooling and the creation of more kindergarten slots."

Nevertheless, despite this boost, the country still falls short of the 2.1 births per woman of childbearing age demographers designate as the 'replacement level' that prevents population decline in developed nations.

Moreover, using immigration to boost birthrates in Germany may not be a politically viable option. On the same day Destatis figures were published, Germany's Christian Social Union (CSU) party announced it will refuse to be part of the German government unless Chancellor Angela Merkel imposes a cap on the number of migrants entering the country.

Party leader Horst Seehofer told news agency DPA that an annual limit of 200,000 was non-negotiable, as limitation is a prerequisite for successful integration.

Immigration is they key to destroying a country, Sweden, Germany, UK & France are proof. https://t.co/NllNCgUJ8d

@AgendaOfEvil Who cares if Frau Merkel is not happy. Her immigration decisions have epically screwed Germany. 😕

"Immigration must be controlled to some degree. Several years in a row of arrivals reaching the extent they did in 2015 would be unmanageable. Furthermore, immigration is a long-term solution to the economic problems caused by an ageing, declining population. Obviously, a baby can't replace a middle aged worker overnight."