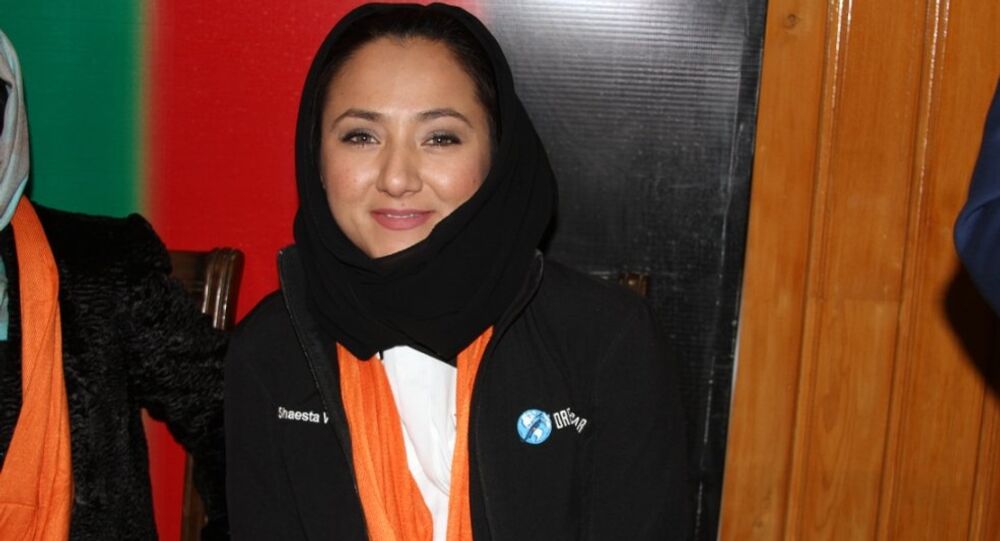 Shaistah Vaeiz, Afghan by birth, grew up in California where she studied to become a pilot. After many years, Vaeiz has returned to Afghanistan with an aim to set a new flight record.

© Photo : Facebook/Baranacafe
A Taste of Freedom: New Cafe in Kabul Opens Its Doors to Women
The never ending war in her country forced Vaeiz and her family to flee Afghanistan and relocate to the United States. The young girl began her education and studied in California to become a pilot.

After many years, Vaeiz has returned to her home country in order to set a new record and change the stereotypes of Afghanistan.

The pilot returned to Kabul during a time when the country was holding a campaign in support of women.

According to many observers and women themselves, females in the country often do not have freedom in decision-making, creativity and liberties at home and work.

In a comment to Sputnik Dari, Vaeiz said, “In June 2017 I'm planning to carry out a flight around the world.”

She further said, “The plan is to visit five continents and make stops in 18 countries and all of this I plan to undertake with just 30 landings. The goal is to demonstrate that women are able to learn and develop professionally just as men. I'll fly alone and I am ready to be alone at the controls,” Vaeiz said confidently.

The brave pilot has eight years of flying experience and she also has the strong support of her family.

According to her father, who works for Afghanistan’s government, his daughter has demonstrated a true civil act by returning to the country with such an aim.

“The return home for me is not an advertising campaign. I was interested to learn about Afghanistan from an early age. Then, when I learned to read, I reviewed the press and I realized that around Afghanistan there is exclusively negative information and I am here to change it,” Vaeiz told Sputnik.

US in Afghanistan - 'We Will Never Know What's Going On’

Total of 1 Mln People Internally Displaced in Afghanistan in 2016

Over 5,000 Cases of Violence Against Women Recorded in Afghanistan in 2015