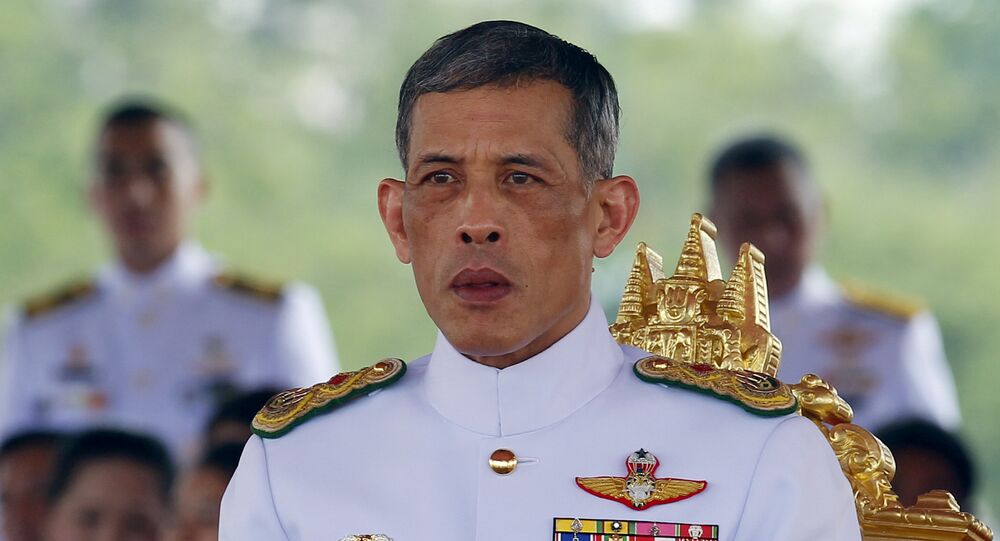 Thai activist Jatupat Boonpattararaksa has been arrested and charged with insulting the monarchy over a Facebook post he shared, the first person arrested under the country's strict royal defamation law since the country's new king took the throne December 1.

Jatupat, who opposes the country's military-backed government, was detained in northeastern Thailand December 1 after sharing a biography of King Maha Vajiralongkorn published by BBC Thai on his Facebook page.

Jatupat is a member of the Dao Din youth activist group based in Khon Kaen University. If convicted, he could face up to 15 years in prison, the BBC rerorts.

"He is one of thousands of people who shared a news story published BBC-Thai, but in his case a warrant for his arrest under Article 112 was issued for sharing this information," Dao Din said in a statement. "These actions by the authorities are a grave violation of and are in conflict with the principles of human rights and freedom of expression in line with democracy. These actions are a clear instance of selective treatment by the authorities and indicate the lack of respect for rights and freedom in Thai society, as no one should be arrested for simply posting on Facebook."

The group called for Jatupat's immediate release and for charges to be dropped.

Thailand's draconian lese-majeste law is criticized by human rights groups as a way of silencing dissidents. The law, more than a century old, makes it a crime to defame, insult, or threaten the king, queen, heir-apparent or regent, but offers no clear definition for such defamation or insult. It has been deployed against individuals for spray painting posters of the king, for ‘liking' social media posts mocking the king, for defaming the king's favorite dog, and very often against authors for actual criticism or for creating characters that too closely resemble the royal family.

Janupat has been arrested several times for criticizing the military junta that took power in Thailand in 2014, most recently in August, when he was arrested for handing out information about the country's new draft constitution and the increased military control it could bring. His family's home was also raided after that arrest.

Thailand's revered King Bhumibol Adulyadej died in October after seven decades on the throne. The new king, his son, has never been popular in the country.

The offending profile of the new king, available in Thai and English, remains on the BBC website and Facebook page.