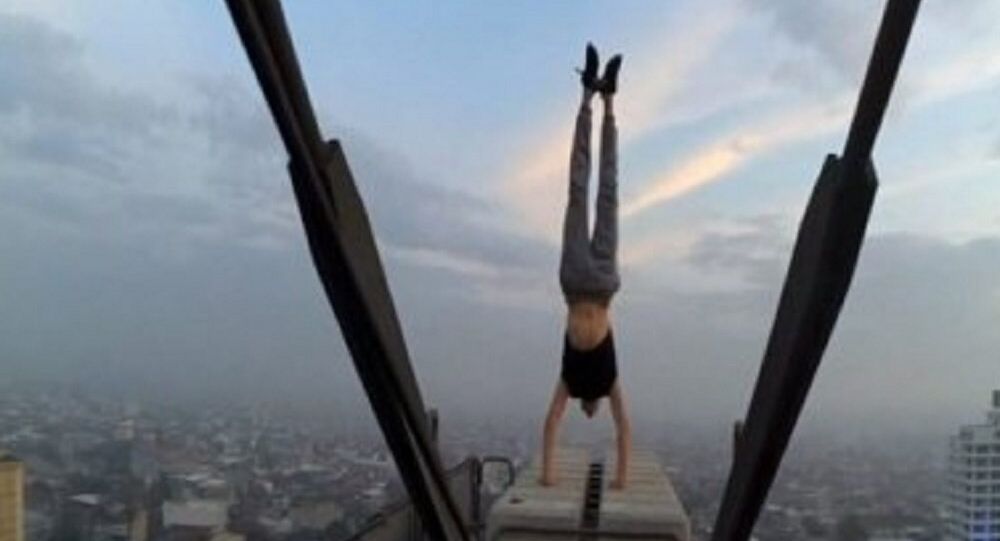 In Turkey, an 18-year-old student from Bursa performed daring acrobatic tricks on top of a high tower. He is gaining quite some popularity on social media, according to Turkish news portal DHA.

In a recently published video, Emir Korkmaz [literal meaning – fearless] can be seen climbing to the top of a 100-meter construction crane at a construction site of a skyscraper and performing some dangerous acrobatics moves.

​He has already earned the nickname on social networks with his fans calling him “Spider-man.” Emir has climbed walls of fortresses located on hills of Bursa and he has also climbed the bridge across the Golden Horn in Istanbul.

​According to Emir, he became interested in acrobatics when he was just 13 years old. Back then, he realized that he was not afraid of heights.

“Yes, I certainly understand that performing such tricks at such a high altitude is life-threatening but all of us will die eventually. It is better for it to happen while doing what brings you pleasure,” Emir said.

​After the video was published on social networks, his fan page rose to 150,000 followers.