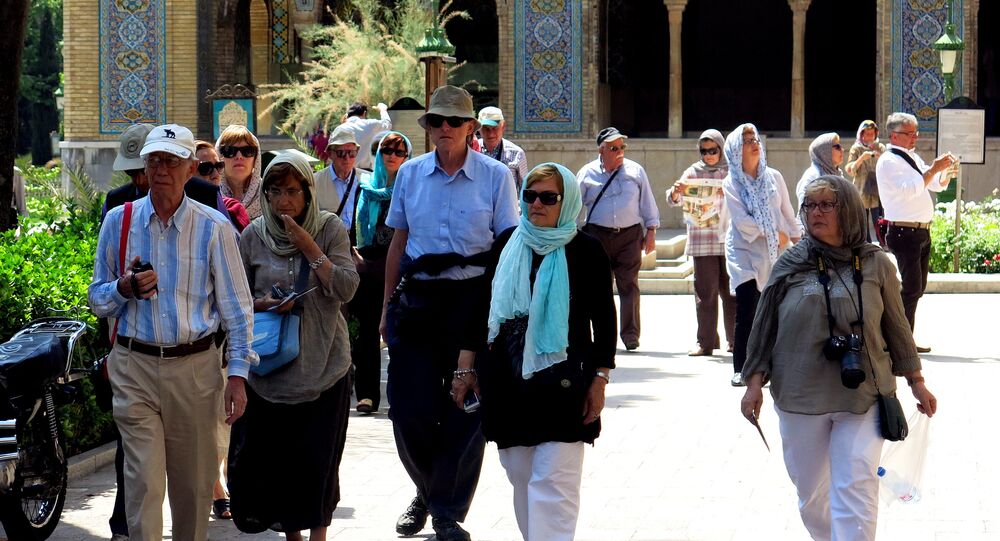 New agreement signed by consular departments’ chiefs of the Russian and Iranian foreign ministries is set to simplify the visa regime and drastically increase tourist flow between the two nations.

© Sputnik / Varvara Gert'e
Japan, Russia Agree to Promote Tourism, Work to Ease Visa Regime
An agreement signed during the fifth session of the commission on consular cooperation between Russia and Iran simplifies the visa regime for tour groups travelling between the two countries.

Yevgeny Ivanov, head of the Russian Foreign Ministry Consular Department, explained that per the new agreement tour groups of 5 to 50 people heading to Russia from Iran or vice versa will be granted a visa-free stay of up to 15 days, according to Sputnik Persian.

Maya Lomidze, executive director of the Association of Tour Operators of Russia, told Sputnik that the visa agreement between Russia and Iran may significantly increase the tourist flows between the two countries, just like it happened when a similar deal was signed between Russia and China.

"According to the agreement, tour groups of at least five people may travel from Russia to Iran and vice versa without having to receive a visa for the entire group. Similar to the agreement with China, only a limited number of travel agencies will be able to offer such tours, and all such companies will have to be verified by both sides. I hope that this process will be as democratic as possible, because any simplification of the visa regime and further liberalization will help increase the tourist flow between the two countries," Lomidze said.

She also pointed out that the number of Iranian tourists visiting Russia has drastically increased during the last two years, and that the new agreement will further amplify this tendency.

"The flow of Iranian tourists (to Russia) increased by 50-70 percent, in no small part due to the creation of direct flights to St. Petersburg, Moscow and Sochi. And this increasing tourist flow proves that Iranian tourists are very interested in Russia," Lomidze said.

The agreement is expected to come into effect in 2017.