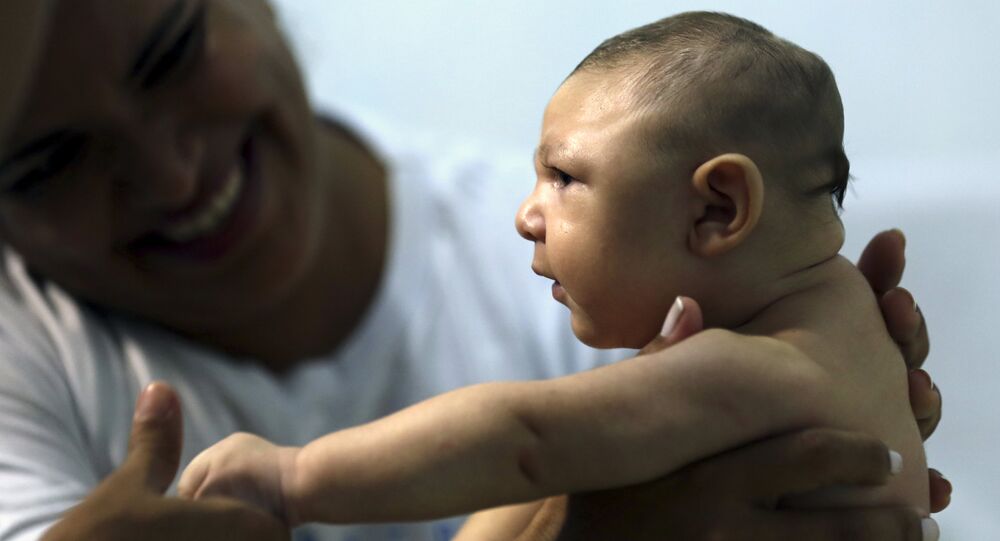 Zika Microcephaly May Only Show Up Months After Birth

The Zika virus can cause microcephaly and related health and developmental issues even long after birth, a new study from Brazil finds.

Doctors from two clinics in the states of Pernambuco and Ceará tracked 13 babies who, though born to Zika-infected mothers and showing laboratory evidence of being infected with the virus, had normal-sized heads at birth. (Most, however, had worrying brain development issues that showed up in scans in the days and weeks after their birth, including excess fluid or improperly formed brain areas).

Over the course of a year, growth of all of the babies' heads decelerated, starting as early as five months, the US Centers for Disease Control and Prevention (CDC) reported in this week's Morbidity and Mortality Weekly Report. Eleven of the children, who were born between October 2015 and January 2016, finally began to display clinical microcephaly by the time the reached a year old. They had also developed what is called congenital Zika syndrome, a collection of medical issues including seizures, difficulty swallowing and muscles and joint problems. Ten of the babies had trouble feeding and seven developed epilepsy, New York Magazine reports.

"[M]icrocephaly at birth is not an essential hallmark of congenital Zika syndrome," the report found. "Infants with normal [head circumference] at birth have brain and other abnormalities associated with congenital Zika syndrome and might develop microcephaly after birth. These findings demonstrate the importance of early neuroimaging for infants exposed to Zika virus prenatally and the need for comprehensive medical and developmental follow-up."

There is some good news: the babies who develop microcephaly later seem to have somewhat less severe problems and have better eye contact that babies with microcephaly at birth, indicating that they may be able to develop better socially. But overall, the results predict a grim waiting game for many Zika-infected mothers who may have thought their children had escaped the consequences of the virus.

"There are some areas of great deficiency in the babies," Cynthia Moore, one of the authors of the new study and director of the division of congenital and developmental disorders for the CDC, told the New York Times. "They certainly are going to have a lot of impairment."
Harvard Medical School Professor of Radiology Deborah Levine, who was not involved in the study, expects to see more waves of children whose brains were affected by the virus beginning to show signs as their development continues.

"A lot of the developmental abnormalities we're not going to see until later," she said, the New York Times reported. "There's going to be another group seen later in childhood, I'm afraid, and another group probably when they reach school age."

Earlier this month, the World Health Organization (WHO) declared Zika no longer an international public health emergency, but said it remains a significant challenge.