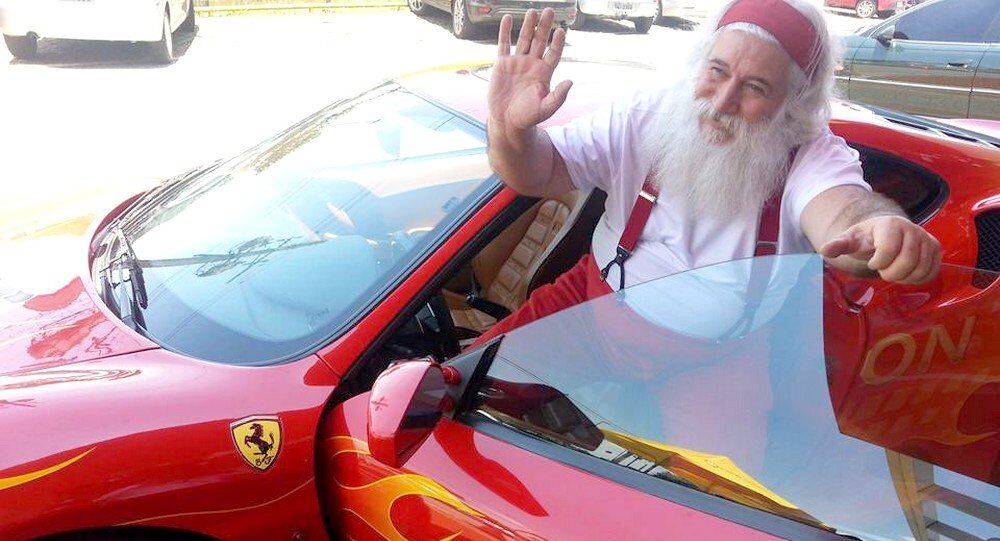 Economic crises are a testing time for everyone, even if you are a Santa Claus! Anyone using Uber taxi services in São Paulo, Brazil may end up face to face with Gesualdo D'Avola Filho, a Santa Claus, who in his spare time works as a driver in order to earn some cash before the end of the year.

In an interview with Sputnik Brazil, Filho said that he has been working as a taxi driver since the beginning of this year. He had to start driving because there was no work for him due to the crisis.

“I do not link the work of being a driver with being a Santa Claus, but it so happens that my face actually looks like that of a Santa Claus! People aren’t afraid of it, they say, ‘a real Santa Claus has come to pick me up!’” Filho said.

© Photo : Pixabay
Going My Way? Airbus Developing Uber for the Sky
He further said that he does not always work in a full Santa Claus costume but sometimes he has some scheduled events so he works as a taxi driver in his Santa outfit.

“I usually work in a red shirt or a tiara or even a Santa Claus hat but even when I'm all dressed in black people look at me and say — Santa Claus!”

He told Sputnik that the most common thing that passengers ask him to do for them is to take a selfie with him or make a video for their children asking them to behave well, to obey their parents, eat well, etc.

“Seeing a Santa Claus immediately puts people in a good mood. Everyone looks at Santa Claus and becomes happy and cheerful,” Filho said.

“Bringing joy to people, being able to make their day happier, makes one happier and more joyful too. Delivering joy brings joy too,” he added.

Filho said that in his Uber rating has solid 4.9 score and people always leave nice comments about him and his personality.

Shell to Invest $10Bln in Brazil in Next Five Years