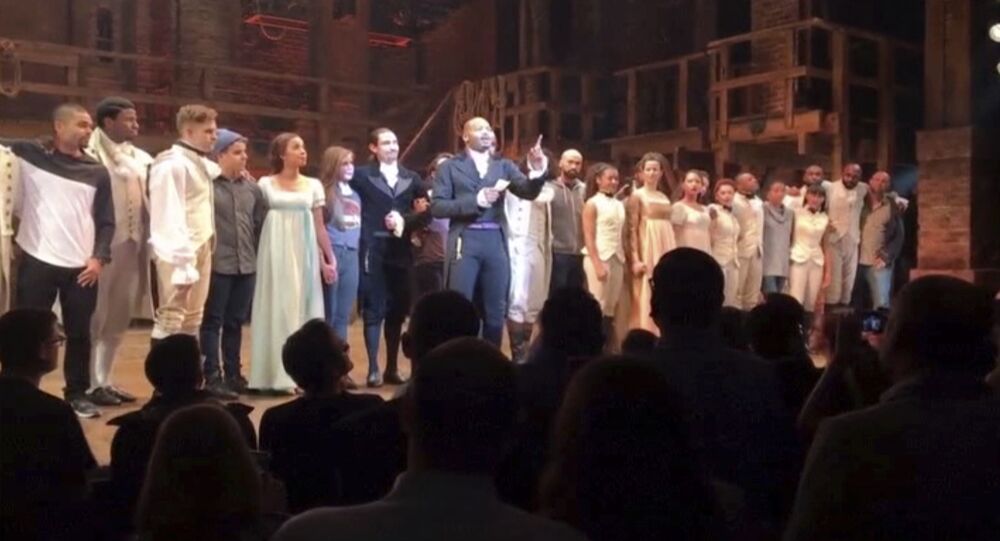 Vice President-Elect Mike Pence attended a performance of the Broadway hit “Hamilton” November 18 and ended up getting an earful from the cast at the close of the show.

During the curtain call, as the soon-to-be vice president was exciting the theater, actor Brandon Victor Dixon, who played Aaron Burr, noted that there was a special guest in the audience and announced that they had a message for him.

© Flickr / Jay Miller
Hate Crime on the Rise in New York, But Is it Trump’s Fault?

A few audience members were heard to boo as Pence's name was announced, but Dixon said, "There's nothing to boo here," before asking Pence to stay and hear them out.

"We, sir – we – are the diverse America who are alarmed and anxious that your new administration will not protect us, our planet, our children, our parents, or defend us and uphold our inalienable rights,” Dixon said. "We truly hope that this show has inspired you to uphold our American values and to work on behalf of all of us."

"We thank you for sharing this wonderful American story, told by a diverse group of men and women of different colors, creeds and orientations," he concluded.

Pence was both booed and cheered as he entered the theater.

President-Elect Donald Trump was on Twitter before 9 a.m. the next morning to express his displeasure, saying Pence had been "harassed" and that the cast should apologize.

Dixon piped up to defend the cast’s decision to make their statement, saying "conversation is not harassment."