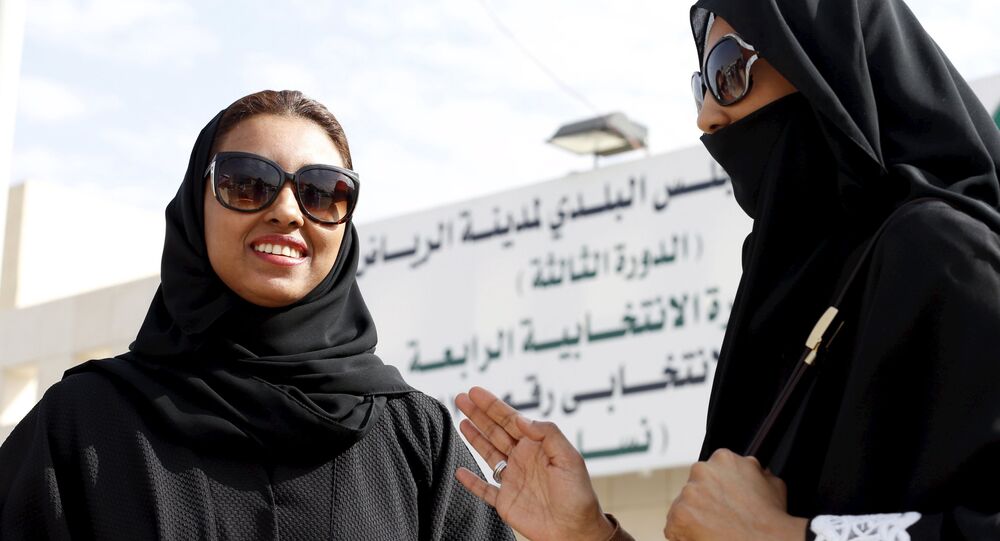 Women in Saudi Arabia will for the first time be allowed to work in pharmacies, herbal medicine stores and optical stores in malls.

The changes are being driven by the Saudi Vision 2030 plan, which aims to diversify the economy in the oil-dependent nation. The new plan envisages increasing women's employment in Saudi Arabia from 18% to 24% by 2020 and to 30% by 2030, the Saudi Gazette reports. (About 57% of adult women in the US are part of the labor force and about 60% of adult women in the EU were in 2014, according to official statistics.)

There are also less tangible plans to support women's empowerment and promotion in the public and private sector, Undersecretary of Labor and Social Development Abdulmonem Al-Shehri said during the Jeddah Human Resources Forum early in November, where the plan was discussed.

To facilitate their female labor participation goals, the Saudi government has declared some professions, like working in lingerie or makeup shops, women-only, The Media Line reported. They're also working with private organizations that help pair well educated women with job openings, and have expanded the areas of study women are allowed to pursue to include law and architecture.

New rules also mandate that companies who employ more than 15 women have a child care center.

Saudi Arabia is one of the world's worst offenders when it comes to women's equality, only granting its women the right to vote in 2015 and severely limiting women's freedom of choice and travel in many aspects of their lives.

"They are marketing it as a social reform but it is very much tied to the economic situation in Saudi Arabia," Adam Coogle, a Middle Eastern researcher at Human Rights Watch, said in a report by The Media Line.

Saudi Arabia depends on oil for about half of its gross domestic product and about 80% of its budget revenue, according to Forbes. The crash in global oil prices in 2014 and the continued slump has hit the country hard, and forced Saudi Arabia and other major oil exporters to cut social spending.

"They had to cut salaries over the entire nation," said Isaac Cohen, founder of the S.A.F.E. Movement, which opposes discrimination against women in Saudi Arabia, told The Media Line. "If Saudi Arabia wants to reach its 2030 goal, they need to integrate women into the workforce and fast."

The Saudi Gazette reports that the number of women working last year reached over 53,700 increasing from over 39,000 four years ago. In April, the country's Labor and Social Development Ministry announced that women would be allowed to work in kitchens, family entertainment parks, accountancy jobs and shops selling women's items, Arab News reported at the time.

However, the sweeping male guardianship law in the country, which gives men the power to dictate many aspects of women's public lives, still poses an impediment to getting women into the workforce, as actual practice may also be slow to catch up to the new regulations.

© Flickr / Mohamed Somji
Living in Constant Fear: Abduction of Women in Lebanon on the Rise

The country has formally eliminated the need for Saudi women to get their guardians' approval on where they can and can't work, for example, but companies may often seek the approval of their own volition, particularly for jobs where women will be working in public, as in the retail sector.

Saudi women have recently been pushing for more rights, in particular to end the repressive male guardianship system. In September, more than 14,000 women had signed a petition to end the practice and given it to the government. A 2011 campaign urged Saudi women to flout convention and post images of themselves driving, though it was not a huge success. Women may still be flogged for driving a car other than to transport children or attend to family business.