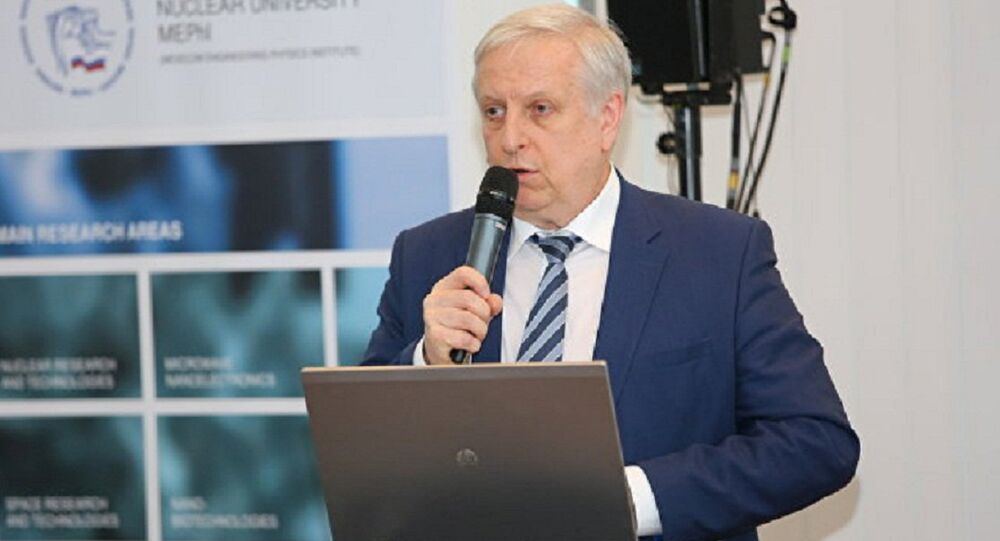 Every Fifth Student in MePhI Will be Foreigner by 2020

Every fifth student and professor in the National Research Nuclear University MePhI in Moscow will be from abroad by 2020, vice-head of the University Oleg Nagornov said Thursday. Until 2010 the university was closed to international students.

“Until 2010 in MePhI there were no foreign students or researchers. But over the past few years we have significantly increased the number of events with wide participation of famous foreign scientists,” Nagornov said.

© Photo : MEPhI
MEPhI Scientists Successfully Make Graphene With High Stability Under Ozonation
Speaking at the round-table conference named “MePhI: Education and science for development and security” in Vienna, he noted that as a result the university’s academic reputation increased.

“We expect that in 2020 every fifth professor or student will be from abroad,” Oleg Nagornov said.

“The IAEA conference (The Third International Conference on Nuclear Knowledge Management) is being held at the same time as MePhI round-table conference. Two universities – the University of Manchester and MePhI – were mentioned during the IAEA conference in connection with the new international initiative. It’s a great honor, we will keep the university’s standards high,” Nagornov said.

Moreover, the IAEA representatives have taught distance learning programs to MePhI students for the past three years.