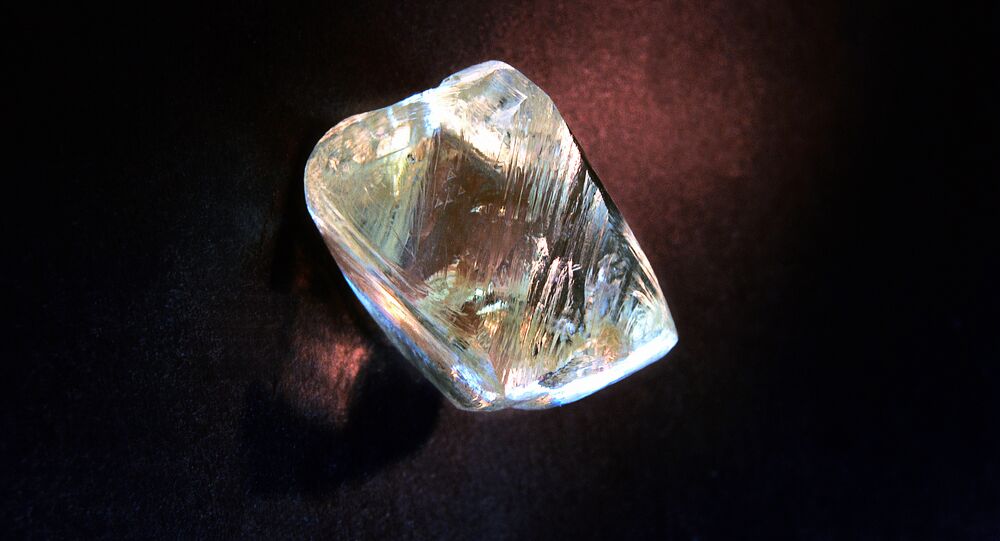 Diamonds never cease to amaze us with their extreme properties and abilities. Now, according to a new study published this week by a team of physicists from City University of New York, the precious stones may be able to store data, virtually forever!

© Photo : Rio Tinto
Extremely Rare Violet Diamond Worth Millions Discovered in Australia
The paper available at the journal Science Advances suggests that diamonds can be used as a way to store massive amounts of data using atom-size flaws ordered in 3D arrays.

The precious stone is a unique platform material whose extreme properties and multifunctional abilities enable an ever-growing set of applications ranging from the fabrication of long-lasting machining and cutting tools, to biomedical and low-wear coatings.

“Diamonds characteristically contain impurities and other defects whose fluctuating concentration and composition give gems their signature colors,” according to the article published in Science Advances.

Now diamonds may be used to store huge amounts of data. A team of physicists from the City University of New York, used lasers to decode and read data on diamonds’ atomic-sized faults, called the nitrogen vacancy centers.

They treated those microscopic spaces as magnets and coded simple gray-scale images, such as Albert Einstein's face, by adding or removing an electron using lasers.

The results of these experiments suggest that diamonds could be used to encode data in the form of defects which lasers can read, write, erase and rewrite, the physicists said.

“With these advanced protocols, the storage capacity of a diamond would surpass what existing technologies can achieve,” the authors wrote in a blog.

“This is just the beginning, but these initial results provide us a potential way of storing a huge amount of data in a brand new way. We’re looking forward to transforming this beautiful quirk of physics into a vastly useful technology.”

Power Versus Integrity: Diamond Gets Crushed by Hydraulic Press