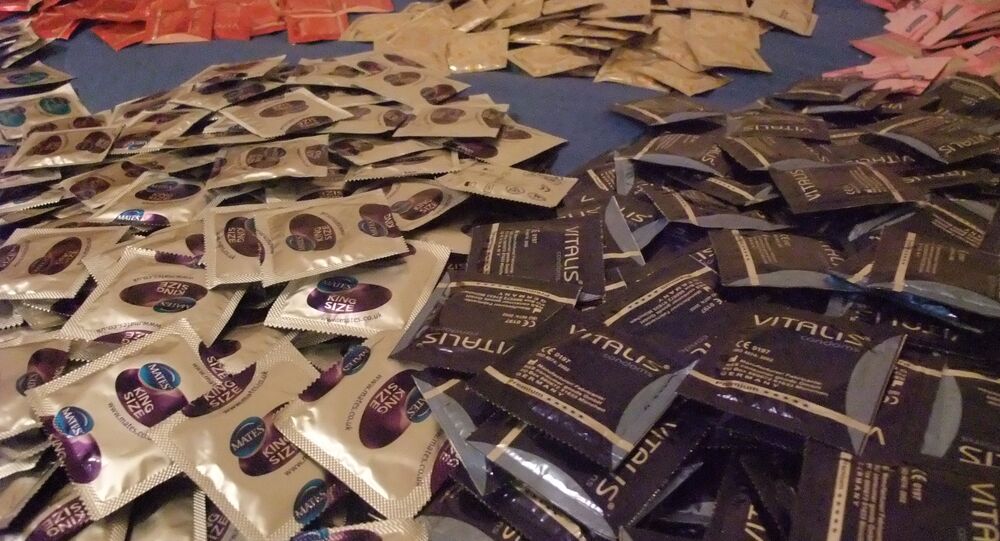 For the second year in a row, sexually transmitted disease cases have risen in the United States, the Center for Disease Control revealed in its annual Sexually Transmitted Disease Surveillance report this week. The continuing spike follows years of declines, some dramatic.

Chlamydia takes first prize for highest total number of cases at more than 1.5 million in 2015. That was only a 5.9% increase on the year before, however, so it is syphilis that wins for most improved: with nearly 24,000 cases last year, it saw a 19% percent increase on infections from 2014. Gonorrhea was outperformed on both counts, growing by 12.8 percent to nearly 400,000 cases.

It is possible that the heavy hitters face other competition, but those three are the only STDs regularly reported to the CDC and tracked.

Young people and gay and bisexual men where the most affected by the rising STD rates, the CDC found. The organization found that half of all new STDs are picked up by young people aged 15 to 24, and that one in four sexually active adolescent women has an STD, such as chlamydia or human papillomavirus (HPV). Western states saw some of the biggest increases in STD rates, but the south is still holding on to overall highest transmission rates for all three diseases.

"Young people and gay and bisexual men continue to face the greatest risk of becoming infected with an STD, and there continue to be troubling increases in syphilis among newborns," the CDC said in a statement on the report released October 19.

Blame for the record number of new STD cases can be pinned squarely on clinic closures and budget cuts that hamstrung STD prevention programs.

"[N]ot that long ago, gonorrhea rates were at historic lows, syphilis was close to elimination, and we were able to point to advances in STD prevention, such as better chlamydia diagnostic tests and more screening, contributing to increases in detection and treatment of chlamydial infections. That progress has since unraveled," Gail Bolan, director, Division of STD Prevention at the National Center for HIV/AIDS, Viral Hepatitis, STD, and TB Prevention at the CDC said in the forward to the report.

Despite the fact that STDs are a $16 million economic drain on the healthcare system (not to mention a drag on the personal level), "STD public health programs are increasingly facing challenges and barriers in achieving their mission," she wrote.

"In 2012, 52% of state and local STD programs experienced budget cuts. This amounts to reductions in clinic hours, contact tracing, and screening for common STDs. CDC estimates that 21 local health department STD clinics closed that year. … The resurgence of syphilis, and particularly congenital syphilis, is not an arbitrary event, but rather a symptom of a deteriorating public health infrastructure and lack of access to health care. It is exposing hidden, fragile populations in need that are not getting the health care and preventive services they deserve."

While syphilis may seem the most frightening, as it can end up damaging the brain, bones and blood vessels and end up causing death, other less-serious seeming diseases may get a lot scarier when the CDC runs out of ways to treat them, a not-so-distant possibility, the agency warns. The CDC is down to a two-antibiotic cocktail to treat gonorrhea, and the disease is growing steadily more resistant, it warned this summer.

"The potential for untreatable gonorrhea is a very real possibility in the future," Robert Kirkcaldy, the report co-author, told STAT News when the report was released.

"We have reached a decisive moment for the nation," Jonathan Mermin, director of the CDC's National Center for HIV/AIDS, Viral Hepatitis, STD, and TB Prevention, said in the agency's October 19 statement. "STD rates are rising, and many of the country's systems for preventing STDs have eroded. We must mobilize, rebuild and expand services – or the human and economic burden will continue to grow."

Worked to Health: Office Stress Could Be Good For You