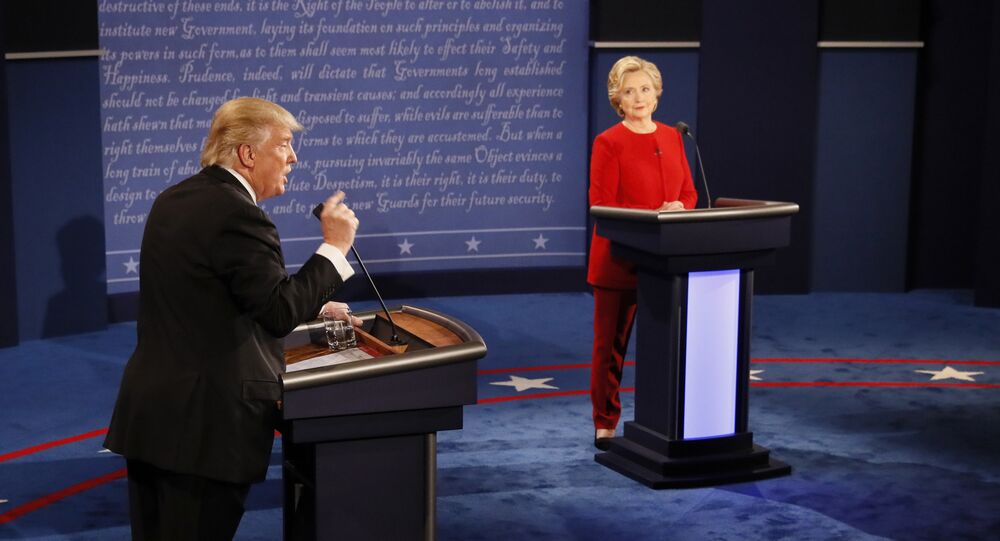 Over half of Russians, or 57 percent, believe that the outcome of the US presidential elections is important for Russia, a poll by the Russian Public Opinion Research Center (VTsIOM) showed on Friday.

MOSCOW (Sputnik) — A total of 38 percent are of the opposite opinion, according to the poll.

About 5-6 percent found it difficult to answer the question on the importance of the US elections, which is three times less than in 2008 when this number stood at 15-18 percent.

As the November 8 elections approach, the interest among Russians in the US presidential race is growing, with 53 percent saying they are following the elections. This number stood as 41 percent in July.

© REUTERS / Joe Raedle/Pool
One-Third of Russians Believe Trump's Presidency to Mend Moscow-Washington Ties
Forty-six percent of respondents said they were not interested in the US elections.