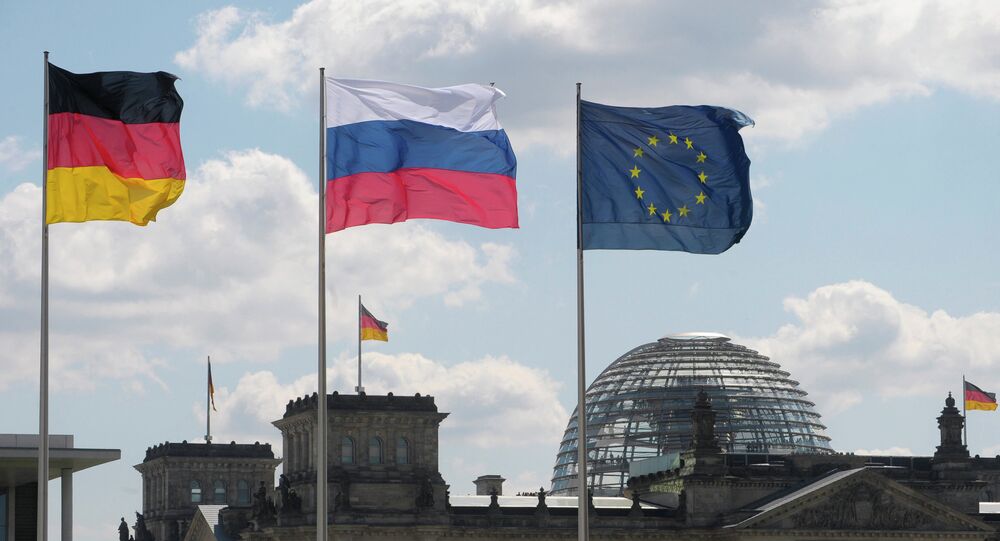 German Ambassador to Russia Ruediger von Fritsch said that Germany and Russia are successfully broadening cooperation in the sphere of culture and science even at times of political difficulties.

"Culture is one of the deepest and broadest spheres of cooperation between our two countries… Even in times when for other reasons relations may not be so easy… we can rely upon our good relations in both spheres [culture and science] and even in the current circumstances broaden them," von Fritsch said.

The ambassador praised joint universities’ programs of the two countries, especially in language studies and literature.

"We have a very broad cooperation in the sphere of science; we have all major German scientific institutions with their programs present here in Russia. We also have a very extensive program of German language and literature throughout the country," he said.

On Thursday, the German Embassy in Moscow in partnership with Merck pharmaceutical company awarded three interpreters from German into Russian with the German Translation Award for making Russian readers familiar with German literature works.

Another important area of German-Russian scientific cooperation is innovations.

"More than 5,500 German companies have invested in Russia. Present here, we have investment growing, and many of them do not only create employment in Russia and growth and well-being, but also stir innovation, scientific engagement," the ambassador said.

Earlier in September, German Economy Minister Sigmar Gabriel visited Moscow and met with top Russian officials. He said the German business was interested in "new strategies and plans for economic development" and expressed hope that the economic cooperation between the two countries would deepen.

Germany is one of the major trade partners of Russia, but the two countries' trade turnover in 2015 decreased by about a third to some $45.8 billion, according to the Russian customs statistics, given the political differences over the Ukrainian crisis, and continued to decline in 2016.