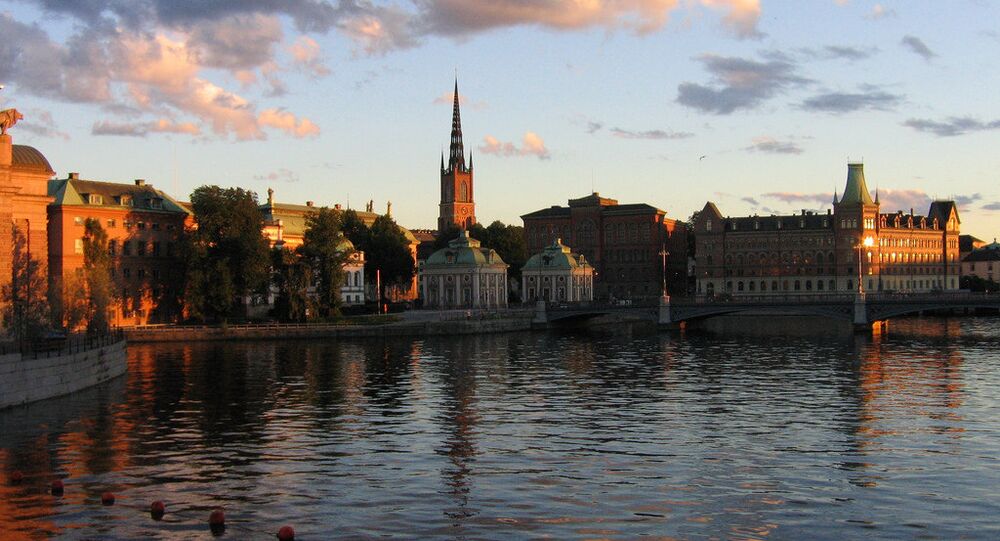 As Daesh terrorists steadily lose ground in war-torn Iraq and Syria, European countries are expecting the less-than-welcome return of these "overseas jihadists". Sweden, which generated among the highest numbers of Daesh recruits per capita, is also preparing for a surge of former "Islamic warriors" who have abandoned their cause.

© Photo : Pixabay
Swedish Evangelical Church to Bomb Daesh With Bibles
Earlier this month, Norwegian newspaper Dagbladet warned that many Norwegian Muslims who sided with Daesh (ISIS/ISIL) were fleeing home due to the intense bombing of the Daesh "capital city" of Raqqa. This information was backed by Swedish terror researcher Magnus Ranstorp at the Swedish National Defense College.

"It is believed that Daesh will collapse in Syria, and possibly also in parts of Iraq, within a year," Magnus Ranstorp told Swedish state broadcaster SVT, warning that many combatants will soon return to their home countries.

According to an assessment by the Swedish Security Police agency SÄPO, some 300 Swedes traveled to Syria and Iraq to help the violent Islamists establish their self-proclaimed caliphate. The number could be higher, as it's possible that some cases were unreported.

© REUTERS / Dado Ruvic
Swedes Perplexed by 'Daesh Children' Falling Between the Cracks
By Ranstorp's own admission, it is difficult to assess the number of returnees, as some have already died in battles and others may move on to other conflict areas. Regardless of this, the returnees present a challenge to Sweden's traditionally pacifist society, as they clearly could continue to harbor violent ideologies, Ranstorp warned.

Since this spring, both committing terrorist crimes and traveling abroad with the aim of committing terrorist offences have been punishable offences in Sweden. However, prison does not solve the problem of reintegrating returnees into society, researcher Amir Rostami, who is working against violent extremism, told SVT. Earlier this year, Rostami, who received a PhD in Sociology at Stockholm University, warned that jihadism in organized crime was an all-European trend.

According to Rostami, there are two different groups of returnees, which should be treated in different ways. The first one consists of those who actively participated in the battles, while the other one is non-combatants, who followed their husbands or parents into the conflict areas in question.

"People who have been in combat are primarily a matter for the Security Service. Should crime be suspected, it is important to ensure that these people do not fall between the cracks and receive help from social agencies to break off from the destructive environment. Additionally, care must be taken so that their traumatic experiences don't get vented out through destructive behavior," Rostami said.

By its own admission, the Swedish Security Police agency SÄPO stands prepared for a possible wave of jihadi returnees.

© Sputnik / Valery Melnikov
Swedish Government Accepts Daesh Killings, Opposition Cries Blue Murder
"SÄPO is continuously monitoring both travelers who want to join terrorist groups abroad, and travelers who are on their way back after such a trip. We have procedures for dealing both with the outgoing and the incoming traffic, but we cannot go into what they are for the risk of revealing our operational routine," SÄPO wrote in an e-mail to SVT.

So far, Sweden has been struggling to keep track of its 300 jihadists. Around 40 of them have been reported dead, whereas some 130 have already returned home. The rest are suspected to be shuttling between Europe and the warzone.