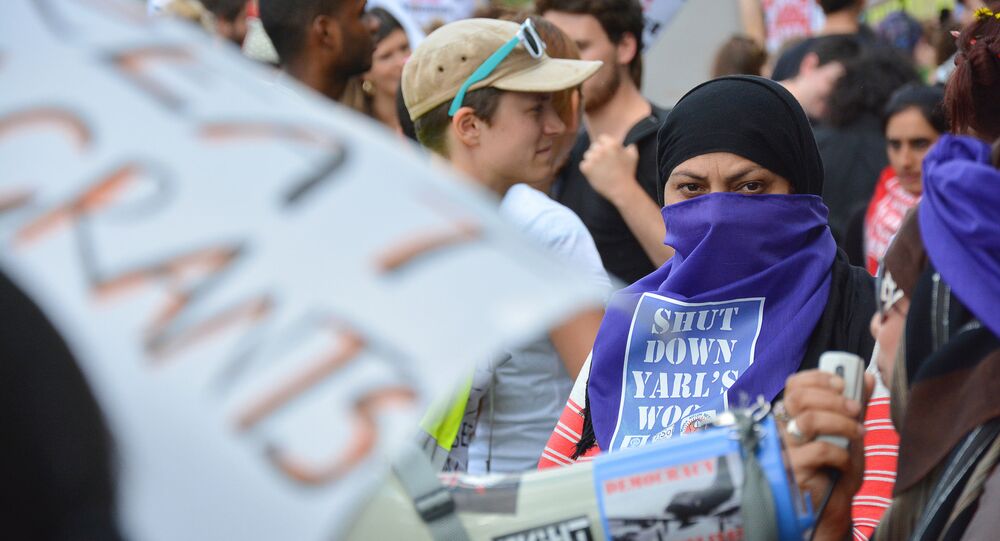 The controversial women's detention center, Yarl's Wood was under fire again. On Saturday, September 10, protesters from Movement for Justice who organized the gathering, "kicked down the walls" of the center and called for it to be closed down.

Yarl's Wood is a center for female refugees who have come to the UK seeking asylum, however instead of being housed in specialist accommodation, these women are detained and treated like criminals.

This is not the first time that the center has faced controversy. Last year, prison watchdogs said that it was a cause for "national concern" and undercover journalists also discovered that it was being used as a place of abuse.

The women in Yarls Wood detention Centre have made a tough decision. But enough is enough. This is their statement. https://t.co/6jzOPyyjKO

​Protesters held up placards that read "No Sister Is Illegal" and "No Borders."

Yarl's Wood is managed by the controversial security company Serco, which took over the running of the center in 2007 whilst also receiving government funding to run Yarl's Wood.

In an online statement, Steve Hewer, the manager of the center said that Yarl's Wood allows as much freedom of movement as possible and that the center is based on a community model.

"We have positive relationships with colleagues in a broad range of statutory and voluntary organizations both in Bedfordshire and nationally and work with them to deliver services which mirror those in the community in areas such as health and well-being," Mr. Hewer said in his online statement.

​However Women for Refugee Women, a charity that works to help refugees and asylum seekers, launched a Set Her Free campaign in 2014, which called for an end to the detention of women who seek asylum in the UK.

They disagree with Hewer's comments, saying that the majority of women are survivors of torture, rape or other forms of sexual or gender-based violence should not be detained.

"Although we have seen some progress, like the introduction of a time limit on detaining pregnant women, there has been a distinct lack of openness from the Home Office — both about numbers of pregnant women being locked up in Yarl's Wood, and about incidences of sexual abuse of inmates by guards," Sarah Graham, communications executive for the charity told Sputnik.

"As a result, we cannot know if conditions have improved since the various critical investigations and reports of the last couple of years. We do know that hundreds of vulnerable women are still being locked up in Yarl's Wood detention center."

'It Should Be Shut Down': Untold Misery at UK Immigration Center