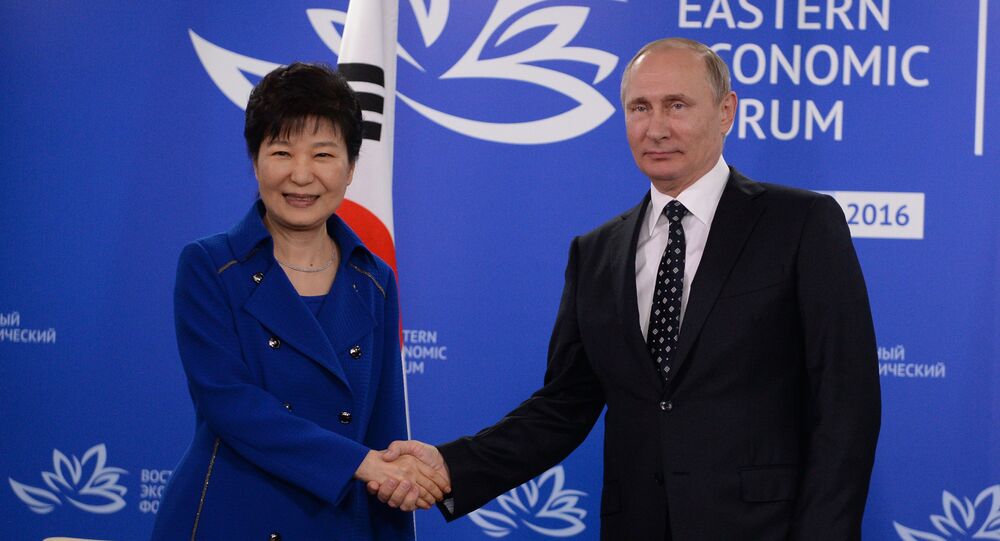 Russians and South Koreans largely believe in the benefits of Moscow-Seoul cooperation. While Koreans are more optimistic about energy, Russians are focused on hi-tech partnership and trade. The citizens of both countries are interested in tourism, a poll showed.

MOSCOW (Sputnik) — The majority of the citizens of Russia and South Korea are confident about the prospects of strategic partnership between the two countries, according to a poll conducted by the Russian Public Opinion Research Center (VTsIOM) and the Korean Hankuk University of Foreign Studies.

© Sputnik / Maksim Blinov
Putin: Moscow Supports Idea to Hold Year of Korean Culture in Russia
According to the poll, the nationals of the two countries have different opinions about the most promising directions for the development of the bilateral cooperation. Sixty percent of the Koreans say that cooperation should primary focus on the energy sector, 31 percent of them believe in cooperation in the sphere of politics and diplomacy, while 28 percent mentioned cooperation in the defense industry.

The Russians, in turn, consider South Korea, above all, a source of innovation and technology (29 percent of the respondents) and an attractive trade partner (27 percent). A total of 25 percent believe in Russia-South Korea cooperation in healthcare.

According to the poll, both sides are interested in the development of bilateral tourism: 49 percent of the Russians and 71 percent of the South Koreans expressed the desire to visit the neighboring country. A quarter of both the Russian and South Koreans nationals believe that tourism should be one of the main areas of cooperation.

Earlier in the day, Russian President Vladimir Putin and South Korean President Park Geun-hye met on the sidelines of the Eastern Economic Forum in Vladivostok. The meeting has been followed by signing of multiple agreements by the two countries' officials.