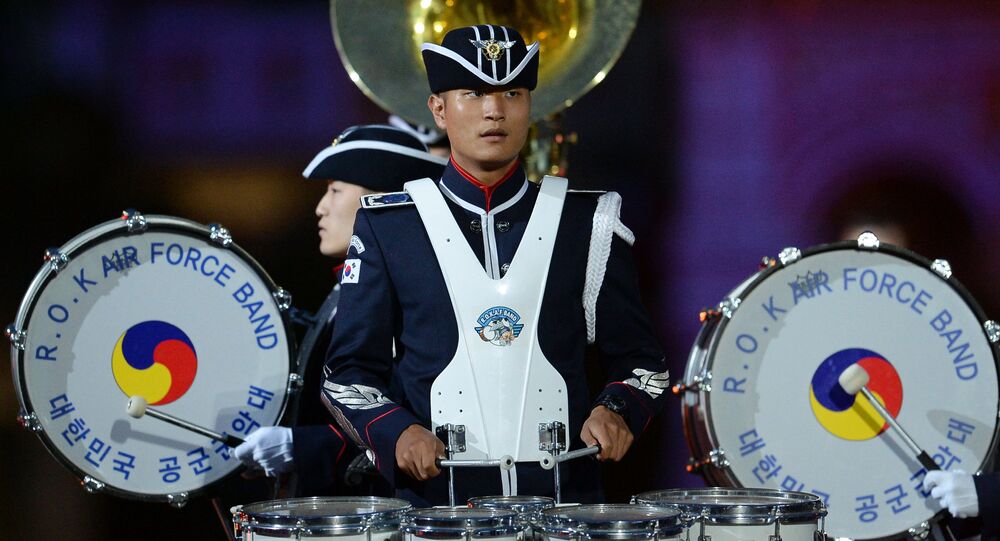 "We highly appreciate our cooperation. The Republic of Korea is certainly one of our priority partners in the Asia-Pacific region," Putin said at a meeting with his South Korean counterpart Park Geun-hye at the Eastern Economic Forum (EEF), adding that Moscow "supports the initiative to hold a year of Korean culture in Russia."

© AFP 2020 / POOL / JUNG YEON-JE
South Korean President Visits Russia Amid 'Arms Race With N Korea'
He added that Moscow and Seoul had developed multidimensional economic ties, including in the spheres of energy, machinery, chemistry and agriculture.

The EEF is currently underway on Russky Island near Russia's eastern city of Vladivostok. The forum, which will run through Saturday, has attracted some 2,500 participants, from countries including China, Japan, South Korea, India, Vietnam, Australia, the United States and Singapore.

Culture Insider: How Did Ancient People Escape the Summer Heat