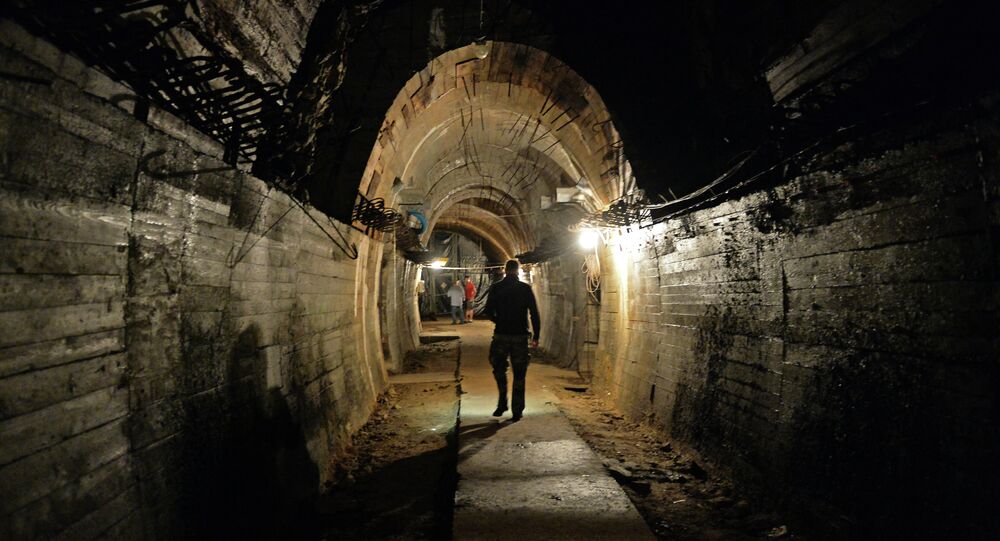 The operation to find a Nazi-era underground tunnel, where a train filled with gold and objects of cultural heritage may be hidden, has been put on hold due to heavy rain and is unlikely to restart before next Friday, a spokeswoman for the German-Polish search group XYZ told Sputnik Monday.

© AP Photo /
Anomalies Show That Underground Tunnel With Nazi 'Gold Train' May Exist
MOSCOW (Sputnik) — An operation to find the Nazi "gold train" in Poland started last Monday, with the small Polish city of Walbrzych being put in the global media spotlight.

"We have so much mud [that] we have to wait for it to dry. We think next Friday we will start again," Christel Focken said, adding that the search area has been hit by heavy rain over the last few days.

Many fortune hunters as well as local residents believe that the 150-meter-long German train, laden with valuable treasures, that disappeared during the Nazi era while en route from the then East Germany city of Breslau, now called Wroclaw and part of Poland, to Walbrzych may be entombed inside one of the clandestine tunnels near Ksiaz Castle, just outside of Walbrzych.

In the meantime, the search group's primary interest is to find the mouth of the tunnel that may be part of a now lost underground city the Third Reich supposedly built in this region to allow Adolf Hitler's inner circle to survive for a couple of years in the event of an atomic attack.