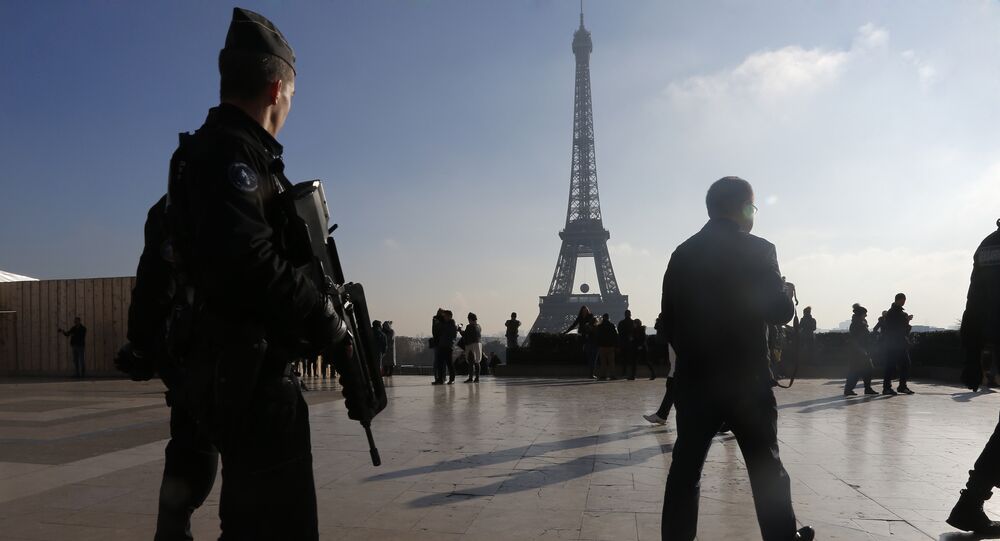 The French capital’s rating as a city “pleasant to live in” saw the biggest plunge this year, dropping 28 places in a list of 140 cities largely due to the terrorist attacks that shook Paris and other places in France, a poll revealed Thursday.

“Paris is another city that has seen a sharp decline in its ranking, due to a mounting number of terrorist attacks taking place in the city, and in other parts of the country, over the past three years,” the EIU said.

© AFP 2021 / MEHDI FEDOUACH
Terrorist Threat: France Wants to Introduce Mandatory Military Training
According to the poll, Paris’ rating dropped 3.7 percent – more than any other European city – having previously ranked 32nd out of the 140 assessed cities reviewed. The previous EIU Global Liveability Ranking poll carried out five years ago saw Paris in fourth place among the most desirable cities to live in.

This year's list was topped by Melbourne, followed Vienna and then Vancouver.