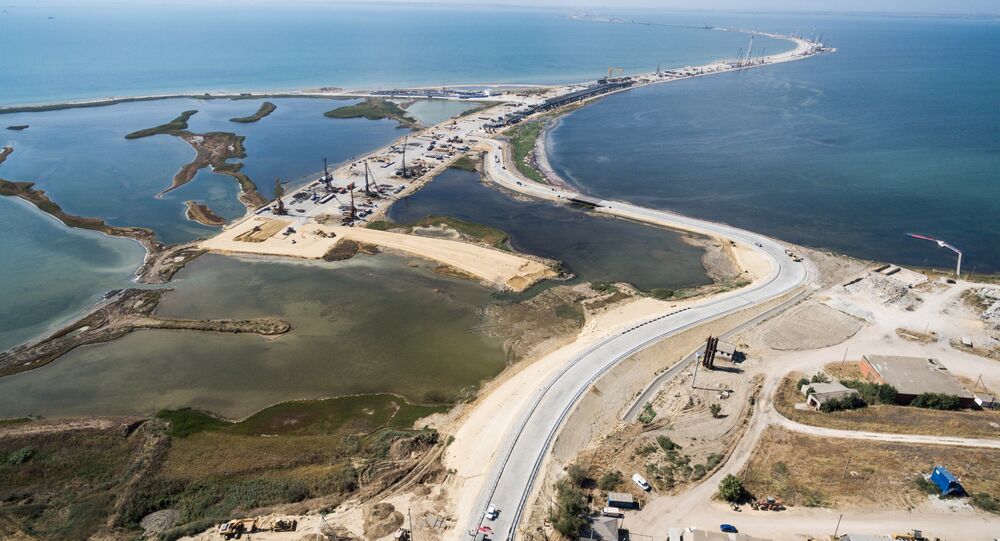 An ancient fortress built over two thousand years ago was unearthed by Russian archaeologists in Crimea.

© Sputnik / Mikhail Fomichev
Russian Historians Discover Wrecks of Lost 19th Century Ships in Siberia
The discovery was made during a joint excavation by the scientists of the Russian Academy of Sciences' (RAS) Institute of Archaeology and researchers of the East Crimean museum preserve.

"During a dig at the Kerch Peninsula in the vicinity of the Krasnodar Region-Crimea natural gas pipeline, scientists of the RAS Institute of Archaeology have discovered a tower and a fragment of a fortress’ wall, built over two thousand years ago during the time of the Bosporan Kingdom," a statement issued by the institute said, according to RIA Novosti.

The researchers have also managed to uncover a trove of artifacts which, after proper processing, will become a part of the East Crimean museum preserve collection.

"During the first month (of the dig) a well-preserved ancient stone tower was discovered on top of the mound. To the east of it we found a bailey with pits that contained numerous artifacts. To the west of the tower, beyond the rampart, was a moat several meters wide and deep," the researchers added.

According to the archaeologists, the construction appears to be unique to the Bosporan rural fortification architecture, and one of the largest of this kind of sites discovered in the Northern Black Sea Region.

Putin Orders Archaeologists to Draw Up Plan for Excavations Inside Kremlin