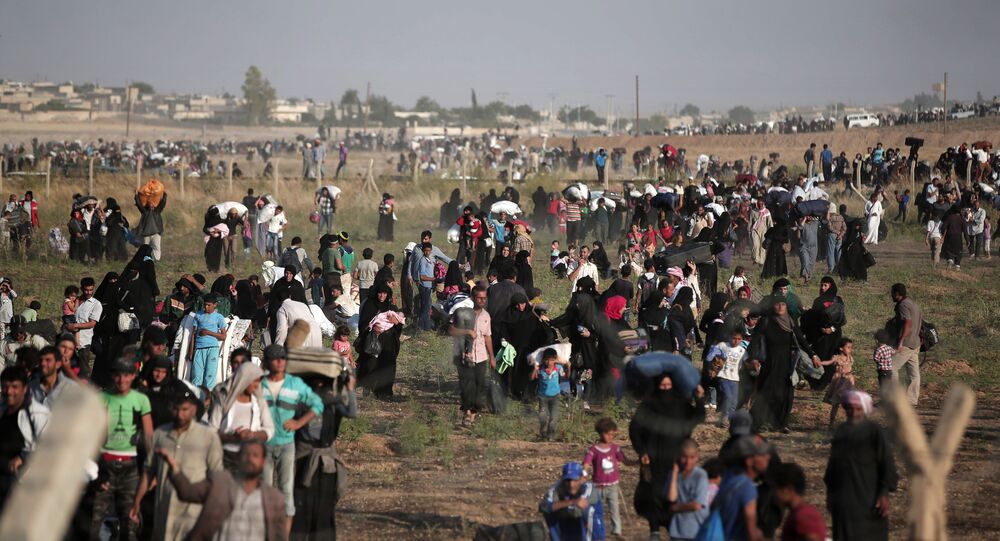 Russian, Turkish and Hungarian residents fear that there could be terrorists arriving to their countries among the influx of refugees more than those of any other major European country, a poll published on Thursday revealed.

© AFP 2021 / JOHN THYS
Half-Dozen Iraqi Refugees in Belgium Suspected of Having Links to Daesh
MOSCOW (Sputnik) — Turkey, with 83 percent of respondents believing terrorists could pretend to be refugees, showed the most susceptibility to this fear, while in Russia 77 percent and in Hungary 72 percent of respondents said they are concerned about such a scenario, according to a survey conducted by the Ipsos market research firm.

The Spanish public was the most skeptical about such a scenario, with just 16 percent of respondents acknowledging that they are worried about terrorists potentially pretending to be refugees, the poll found.

Turkey also had the largest share of supporters of closing borders to refugees, with 64 percent of those polled in favor of such a move.

© AFP 2021 / Mahmud Turkia
Daesh Can Use Refugee Influx to Infiltrate Europe
In Poland, 40 percent advocated closing borders, the survey showed. Even more people, from 40 to 48 percent, supported such a measure in Sweden, Germany, France and Italy.

Most UK and Spanish residents, 60 and 61 percent respectively, were against creating any obstacles to refugees entering their countries.

The survey was conducted from June 24 to July 8, with 16,040 people interviewed in 22 countries, including Belgium, Germany, France, the United Kingdom, Italy, Poland, Russia, Sweden, Spain and Turkey.

Vienna Finds No Confirmation of Daesh's Attempts to Infiltrate Refugees

Daesh May ‘Deliberately Urge Terrorists to Enter EU Among Refugees'