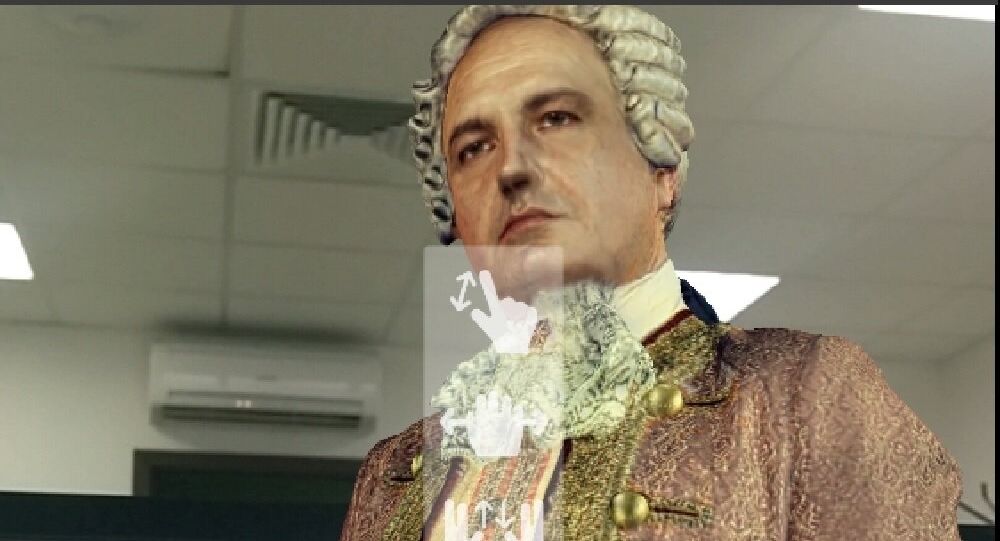 A fun new way to get to know the Russian capital is being offered by Moscow officials. “Get to know Moscow. Photo” is an app that will operate on the principle of Pokémon Go. Sputnik found out that instead of Pocket Monsters users will be able to 'catch' historical figures - as well as take a selfie with them.

“At the end of August, in Play Market and Appstore there will be an update of the app ‘Get to know Moscow. Photo’ allowing users to take a photo with a cult historical identity,” the press service of Moscow’s Department of Information and Technology (DIT) told Sputnik.Experiments with augmented reality began less than a year ago, when the first version of ‘Get to know Moscow. Photo’ was released. Digital characters’ locations were programmed onto the streets on Moscow. They were marked by actual signs with tags on heavy concrete pillars, however, this idea turned out to be far from successfull. Signs always go missing, suffer from vandalism and lose their original form due to bad weather.

“The updated app will be identical to Pokémon Go. The player registers his location through geotagging,” DIT added.

Once users are within 50 meters of the required coordinates, they will be able to spot the virtual character with their smartphone camera through the app. As early as the end of August, Muscovites will be able to catch famous historical figures such as Alexander Pushkin and Yuri Gagarin.

In the new version of the app, users can rotate 360 degrees, zoom in and out and take selfies with their virtual character. In addition, a game element will appear.

“We hid the exact location of the digital counterpart, and in order to find them, users will have to move according to the compass in the main menu. In the future we will be able to replicate characters with ease on several associated with their fate addresses and change their place of registration, putting characters on the wanting list,” says DIT to Sputnik.

© Photo : Department for information technologies
Muscovites Will Catch Historical Characters Instead of Pocket Monsters
The Department stressed that the key aim of the app is to draw attention to the rich cultural heritage of the nation’s capital, as well as give Muscovites more reason to walk.Officials expect that after Muscovites get to play, they will get interested in the main mobile service “Get to know Moscow”. The project is based on portal’s Um.mos.ru navigation and tourism materials as well as on the research of historians.

Pokémon Go is a new multiplayer game in additional reality that became a global sensation. Users collect virtual characters, Pocket Monsters, which are hidden in the real world including city streets, office buildings, and subways. To catch as many Pocket Monsters as possible users need to travel and do a lot of walking around.