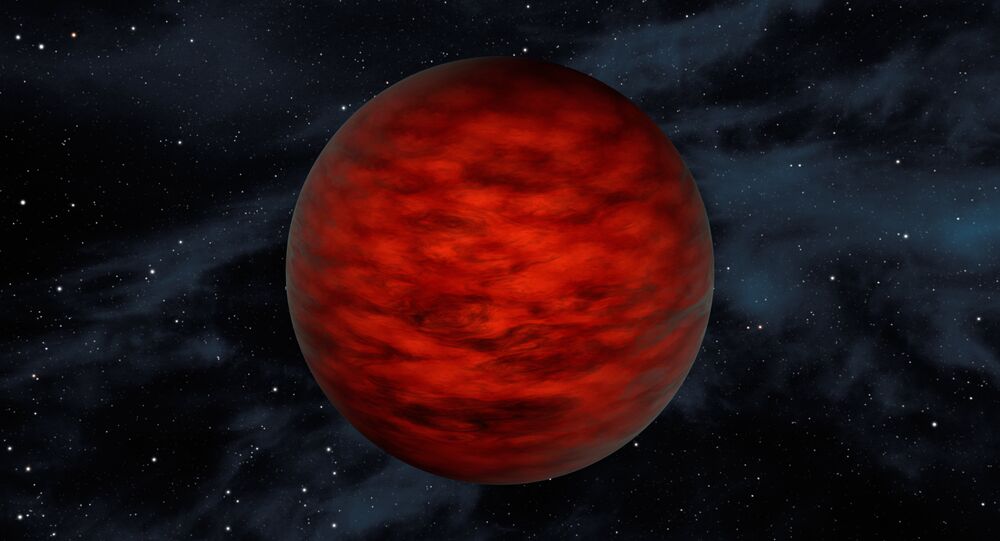 The coldest brown dwarf known to science has also become the first place where researchers have found water beyond our solar system.

© AP Photo / Airman Magazine
Lockheed Threatens Canada, Again: Will Cut 10k Jobs if Ottawa Discards F-35
For the first time astronomers have discovered water outside of the solar system in the the coldest place in the galaxy – a brown dwarf planet known as WISE 0855 which has once again made the history books.

Discovered in 2014, WISE 0855 is neither a planet nor a star, but rather a dwarf that inhabits the fourth closest solar system only a mere 7.2 light years away. Scientists were examining WISE 0855 in hopes of better understanding Jupiter and other planets that similarly have cloudy atmospheres when they discovered the planets clouds contained water.

"We would expect an object that cold to have water clouds, and this is the best evidence that it does," said Andrew Skemer, assistant professor of astronomy and astrophysics at UC Santa Cruz and the lead author of a paper detailing findings about the dwarf planet.

Scientists had previously believed that WISE 0855 contained water clouds with previous journal articles on the dwarf stating that there are "tentative indications of water clouds," but expressing that the evidence was insufficient to make an affirmative claim.

Researchers took these initial indications and travelled to Hawaii to use the Gemini North telescope with which they employed spectroscopy to lift the first "light fingerprint" for WISE 0855. This effort not only provided substantial evidence of water vapor in the brown dwarf’s atmosphere, but also confirmed the dwarf planet’s frosty temperature which dip below —10 degrees Fahrenheit (-23.3 degrees Celsius).

"We pushed the boundary of what could be done with a telescope here on earth," said co-author Jacqueline Faherty of the Carnegie Department of Terrestrial Magnetism in a press release. "And the result is spectacular."

Like other brown dwarfs, WISE 0855 began its genesis in a manner similar to a star, a giant gas ball collapsing on itself but unable to attain sufficient mass to spark the nuclear reactions that cause stars to radiate light. In essence, WISE 0855 is a "failed star" or a brown dwarf – much bigger than giant planets like even Jupiter, but still much too small to become a star.

Wise 0855 "is dominated by water vapor and clouds, with an overall appearance that is strikingly similar to Jupiter." However, unlike Jupiter, the brown dwarf does not contain an abundance of the chemical compound phospine that is indicative of the planet’s turbulent atmosphere, but rather the brown dwarf seems to have a much more placid demeanor making it easier for researchers to collect findings.