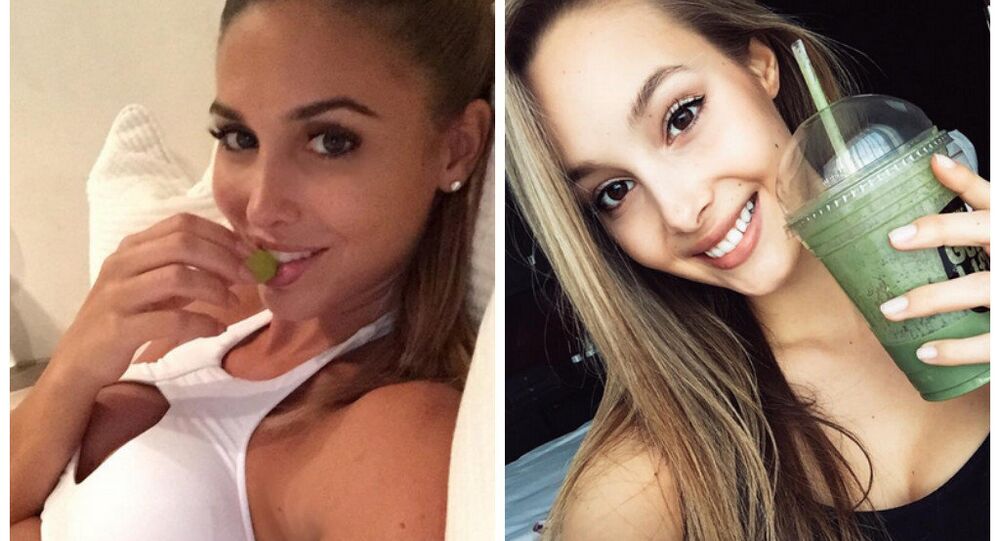 As the Euro 2016 football championship is heading toward its final stages, Sputnik is conducting a WAGs battle. In today's quarter-final game Germany will take on Italy.

This time the outcome of the competition between the footballers' wives and girlfriends has coincided with the actual results of the games. That is why Sputnik proposes you to choose between Ann Kathrin Brommel who represents the German national team in our poll and Victoria Varga, the girlfriend of the Italian team player.

Don't forget it's all just for fun. Scroll down to cast your vote!

And here is the two beauties in today's competition:

Twenty-six-year-old German model, blogger and singer, Ann Kathrin Brommel, is the girlfriend of Mario Goetze, who plays for the German team. Ann Kathrin's hobbies include jogging, cooking and playing the piano.

Hi everyone🙋🏼! I'm back in Europeeee! Enjoy your weekend 💋