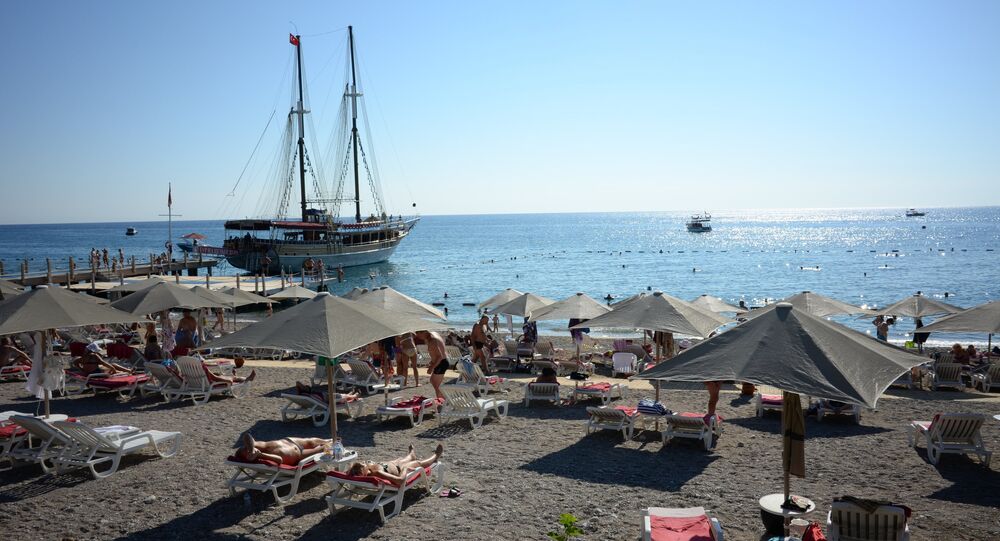 The World Travel and Tourism Council (WTTC) welcomes the decision of Russian President Vladimir Putin to lift restrictions against Turkey in the sphere of tourism, a spokeswoman for the London-based WTTC told Sputnik on Wednesday.

"The Russian market is really important for Turkey. The restrictions on Russians travelling to Turkey have been very significant in terms of contributing to [Turkey’s] tourism sector problems. So we would welcome the announcement of the President Putin that restrictions have been lifted," Olivia Ruggles-Brise said.

The Turkish tourism industry faced a decline after Russia banned organized travel to the republic in retaliation for the downing of a Russian Su-24 attack aircraft by Turkey in Syria in November 24, 2015.

Russia’s restriction on travel and terrorist bombings in Istanbul and Ankara that scared off many Western tourists have contributed to a 20-25 percent drop in visitors numbers, according to recent estimations by WTTC CEO David Scowsill.

© Sputnik / Vladimir Vyatkin
Russian Tourist Flow to Turkey May Be Restored in Current Season - Senator
Brise added that due to Russian people's love to traveling to destinations like Turkey, she would expect that the numbers of Russian visitors to Turkey following the lifting of relevant restrictions "will recover very quickly."

On Wednesday, Vice President of the Association of Tour Operators of Russia (ATOR) Dmitry Gorin predicted that the tourist flow from Russia to Turkey could be restored within three months.

US Warns Against Travelling to Turkey Amid Terrorist Threat

Come Fly With Me! Older Brits Decide They Want to Travel More

The No-Fly List: Who is Really Barred from Commercial Air Travel?