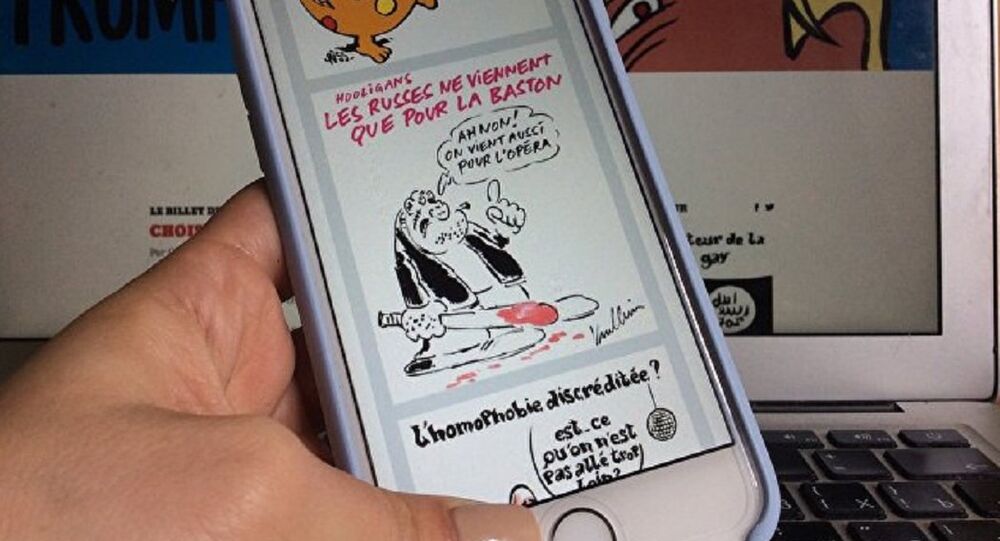 © AP Photo / Martin Meissner
Charlie Hebdo Ridicules Results of 2016 Eurovision Song Contest
MOSCOW (Sputnik) — The "Russian fan" in the drawing has a black eye and holds a baseball bat with what appears to be blood dripping from it.

The caption on top of the cartoon says "Hooligans. Russians only came for the fight."

"Oh no! Also for the opera," the "fan" responds, apparently referring to the Opera de Marseille.

On June 11, the Russian national football team played with England in a UEFA Euro-2016 match in the French city of Marseille, the home to the well-known opera house. After the match, clashes between Russian and English fans erupted at the stadium and in the port town. As a result, at least 30 people were injured.

The Charlie Hebdo magazine is known for its satirical cartoons. The magazine became famous after in January 2015, its headquarters were attacked by terrorists, with 12 people getting killed. The attack was allegedly motivated by the magazine’s publication of cartoons depicting Prophet Muhammad.