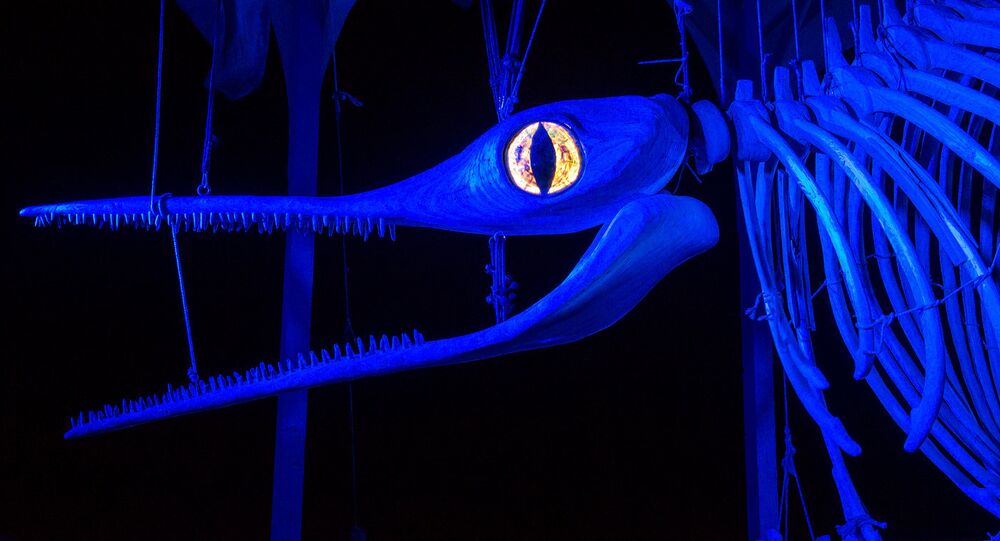 When we think of discoveries of dinosaurs and ancient sea monsters we tend to imagine exotic dig sites in vast deserts or underwater recovery missions. For British paleontologist Dean Lomax the discovery of a new species of sea creature was less "Jurassic Park" and more "Night at the Museum."

Lomax made the discovery of the new species of an underwater creature known as an "Ichthyosaur" after seeing the fossil on display at Leicester's New Walk Museum, and analyzing the specimen after noting some unusual features. Lomax told Sputnik News that this is not an unusual discovery method:

"Looking at modern paleontology, a lot of new discoveries are made by going back and looking at museum collections — so not necessarily out in the field in a vast desert as is often portrayed in documentaries. In actual fact, it's a case of using new scientific techniques and a better understanding of the science to go back and look at historical specimens that have been found over the past 100 years or so," the paleontologist told Sputnik.

The new discovery adds an entirely new genus and species of the ancient ichthyosaur — a reptile that looked similar to dolphins and sharks. Discoveries such as that made by Lomax allow us to learn more about the nature of these creatures and give a great insight into evolution in general.

"We know that they were feeding on the likes of squid, fish and indeed other ichthyosaurs, that helps with looking at their lifestyle. Squid are deep sea divers, and if you look at the anatomy of an ichthyosaur they have the biggest eyes of any animal with a backbone if they are scaled to the same size so it's been suggested that ichthyosaurs would have dove deep down into the sea in search of food.

"It's thought that as reptiles they were probably one of the fastest reptiles ever to evolve in the sea. They have a body plan very similar to sharks and they would have swum with their tales."

"They would generally superficially have looked like dolphins and sharks. Through the process of evolution the interesting aspect is that ichthyosaurs are reptiles, dolphins are mammals and sharks are fish, yet they all share a similar body plan. This is a process called 'convergent evolution' — whereby animals which are not related entirely, other than being animals, have evolved this similar body plan to adapt to their environment over several million years, and that evolved in reptiles, mammals and fish," Lomax told Sputnik.

While there have been around 100-150 species of ichthyosaur discovered, this most recent discovery is from around 200 million to 180 million years ago, a period in which fewer species have ever been discovered, and in a geographical area that was very unexpected.

"It's also unexpected as it comes from somewhere that is relatively poorly known for the discovery of ichthyosaurs and fossils in general. It comes from an old quarry in Nottinghamshire… the location it was found in will never be able to be accessed again so this is a one-of-a-kind. Hopefully in the future other fossils of this animal may be found in locations such as Dorset, but it appears that it is an extremely rare species. It also shows the diversity of these ichthyosaurs around 200 million years ago was quite high. It was previously thought that only a couple of species were around at that time, this at least adds one other type to have been living around that time."

Lomax has given this new species the name "Wahlisaurus massarae" in honor of Professor Judy Massarea and Bill Wahl, two leading paleontologists who have contributed to the study of these ancient creatures.

How Big is Your Favorite Dinosaur? Video Brings Size to Scale