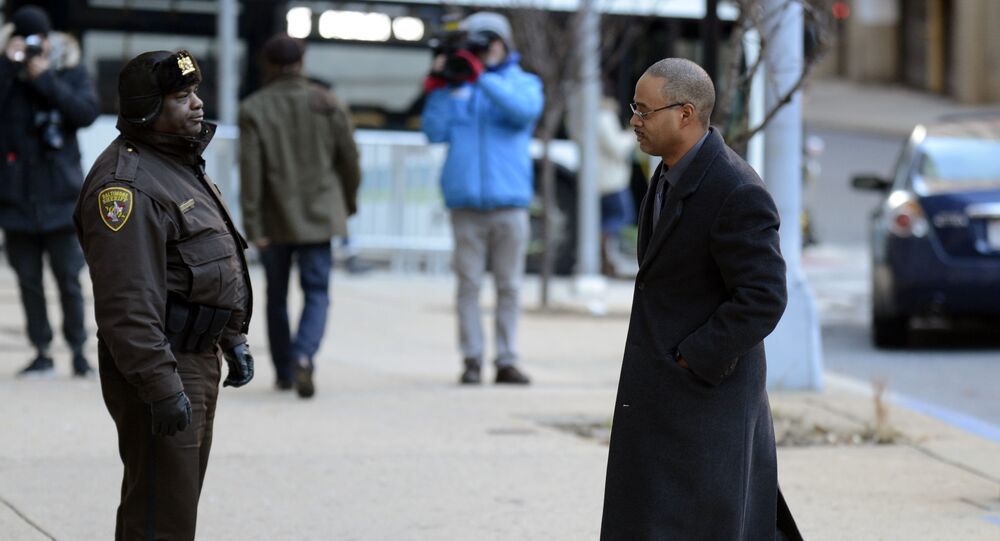 According to Baltimore prosecutors, a murder trial has been initiated for the police officer driving the van that carried 25-year-old Freddie Gray, who died after he received multiple injuries during transport.

According to Baltimore Deputy State Attorney Michael Schatzow, police officer Caesar Goodson Jr. gave Freddie Gray a "rough ride" — a term defining a widespread form of police brutality, in which unsecured but otherwise restrained detainees are thrown around inside the interior of a police vehicle during deliberately abrupt driving.

The statement was made at Goodson's July 6 trial, over a year following Gray's death.

Gray was arrested for illegal possession of a switchblade, by six police officers, in 2015. According to the eyewitnesses, officers used unnecessary force against Gray during the arrest. Gray fell into a coma during transportation in the police van, subsequently dying of of his spinal cord injuries, according to an autopsy report, ruling Gray's death as homicide.

Following Gray's death, the police officers involved were charged. Three of the officers face manslaughter charges and one faces an additional count of second-degree depraved-heart murder. The murder charge carries a possible prison sentence of 30 years, the manslaughter and assault offenses carry a maximum 10-year term.

One of the officers, Edward Nero, was proven innocent on May 23, 2016. Other cases are scheduled at various dates throughout 2016, with Goodson's being the first.

Goodson's defense attorney Andrew Graham disputed that Gray was deliberately bounced around. According to Graham, Goodson is "a good officer, a gentleman, a nice guy," and that he didn't buckle Gray in because of the "violent and erratic behavior" Gray displayed during the arrest.

According to Graham, Goodson is such a "slow and cautious" driver that he sometimes lulled his prisoners to sleep. Graham statements are made in light that all police officers had been obliged with seat-belting prisoners six days before the incident, a measure taken specifically to prevent serious injuries of transported detainees.

Robert Reynolds, who works with the US Secret Service providing training for first-responders dealing with prisoners having medical issues, testified he trained Goodson in a five-day course. Officer Dennis Smith, who provided field training for Goodson, said Goodson completed training that included the use of discretion for the seat-belting of combative detainees.

According to attorney Michael Davey, who represents at least one of the officers under investigation, in certain situations, such as if a prisoner is combative, "It is not always possible or safe for officers to enter the rear of those transport vans that are very small, and this one was very small."

Gray's death and funeral culminated in violent protest, which required the National Guard to calm the area.